My Life Has Become Somewhat Boring As Of Late… 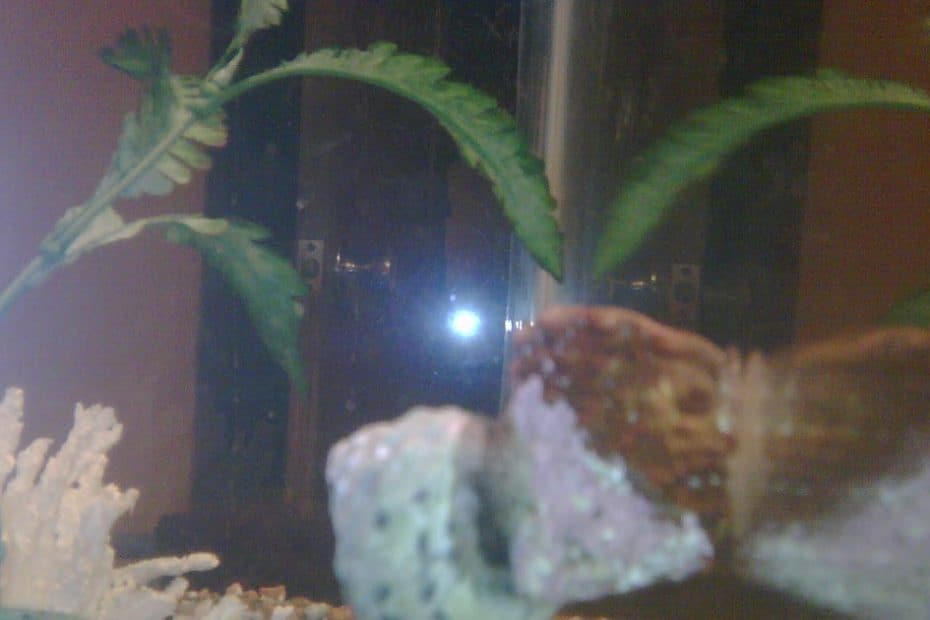 Really, the title says it all.

I recently acquired, via Statgirl and Met5200. a pair of clown fish named Anakin and Luke. I also acquired with them a 10 gallon tank and some algae. This brings the total amount of fish in my house to 6. You see, I also have a freshwater tank with 3 mollies and a clown loach named Fatty, Brooklyn, Irwin Linker and Doc.

Brooklyn is about to have more little mollies. The Missus says that, and she bases it on the fact that Brooklyn’s “bottom” has gotten bigger. Being a woman, and also being right 98.9% of the time, I didn’t argue with her. One of the mollies had babies the last time, and we managed to rescue two of them from the tank before they were eaten like the rest of them. Those went to The Missus’ 4th grade class, who, upon an intense vote, named them Bubbles and Dynomite.

I’m giving the name of my blog a whole new meaning, eh? I’m sensing a (to take care of) in between some words of the name.

Anyfish, To help with the algae in my saltwater tank, I recently purchased two “Turbo Snails.”

The retard salesperson at the store was very adamant about not letting them fall over on their backs.

So I’ve been watching snails.

I have the diabetes. I pee a lot. Before I was told I had the diabetes, I would get up about 6 times a night to go shake hands with the president. Wait. The president is black now. Can I still say that? I wish it was black. It’d be HUGE.

The first time I needed to right one of them, I reached smooth into the tank, whereupon to my shock and surprise, I had the skin between my fingers bitten by one of the damn clown fish. From there on out, I’ve used an implement to take care of it.

However, last night, I saw something both disturbing and funny. You know me, and yes, I’ve taken the liberty: 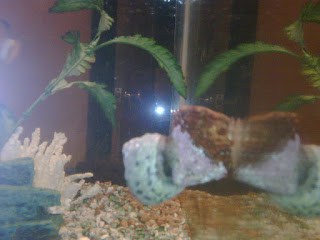 At first I thought, “ALRIGHT! Hot snail on snail action!”

This is not the case. That is simply one of my snails hitching a ride on the other snail as he climbs up the glass.

Here are more pictures as it progressed: 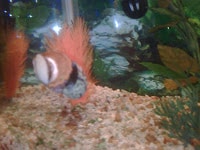 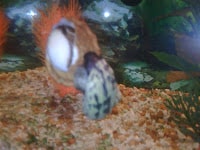 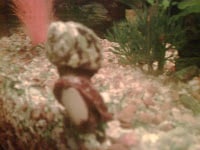 For your entertainment, I’ve added commentary:

Brown Snail: Hey man, why don’t you get the hell off? I’m tryna climb this glass, so I can escape.
Gray Snail: Listen. I know. And that’s cool and all, but you owe me a hitch.
BS: How do you figure?
GS: The other night, when you climbed that plant, and I told you it was a bad idea, you said, “If I fall over, you can ride on my back. Redeemable at any time.”
BS: Yeah man, I remember, but is this the BEST time? I mean, I’m tryin to escape here.
GS: Rules are rules, man. You agreed to this.
BS: It’s just that…ya know…it’s kind of humiliating. Look. He’s looking at us. Wait. What’s he doing? Is he trying to take a picture? Get off, man! Get off! Seriously. Get off! He’s got his camera! Awwwww! Dammit! He took a picture!
GS: Sorry, man. But you totally agreed to this.
BS: I know, but… Dammit! You’re a total ass.
GS: Hey. Wait a minute, I’m gonna move around you here.
BS: Why?
GS: You’ve got some algae there. Right there. It’s by the mouth of your shell.
BS: Don’t you DARE come around here and get that close to my mouth. He already thinks you’re boning me.
GS: Listen man. It’s just this little bit of algae. I’m hungry. We’re up here on this wall, and I’d have to go all the way back down to get more.
BS: DON’T YOU DO IT!
GS: Hang on. Hang on…
BS: HE’S GETTING UP AGAIN! GET THE *&$@ OFF ME!
GS: Almost…
BS: HE TOOK ANOTHER F$*#&%* PICTURE! YOU’RE SUCH AN ASS!
GS: Yeah man, I’m sorry. That made us look really gay, huh?
BS: That’s it. I’m taking us down. This is humiliating. You’re the biggest snail douche I know. You’d better be still, because if you make me fall over…so help me…I will eat every bit of algae in this tank. Make you starve.
GS: Listen. This may be a bad time. But I love you.
BS: FML… He just took another picture. I was so close to the bottom of the tank.
GS: Hey. Thanks for the ride. I’m gonna go hang upside down on that boulder. Call me.
BS: Kiss my ass.

I told you I’ve been bored.

Welcome to my life…