Memoir Monday: The One Where The Groom Almost Dies. Again. 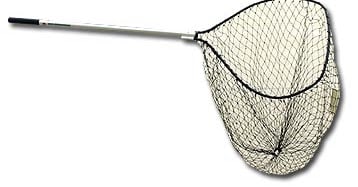 My dad, as most of you have probably already figured out, was and still is a huge influence on my life.

He was an incredibly godly man, he loved his family, and he busted his hump for us to have what we needed. He raised four boys on a salary of around 35k a year, with no government assistance whatsoever, and we NEVER went without what we needed.

In order to facilitate this, he had to compromise on a few things.

The first was his truck. The man drove a 79 Ford F150 Custom. Manual transmission, original everything, and it rattled like crazy. The truck was 21 years old when he died, and I never once heard him complain about wanting a new one.

The second was his “found it on the highway” collection.

You see, my father was a firm believer in the “finders keepers” rule of life. If you were foolish enough to drop anything on the roads in or around Okay, Oklahoma in the 80’s or 90’s, chances are that my father either picked it up or dismissed it as useless and passed it by.

He acquired a dip-net this way, some hats, and several tools. Upon finding the items, he would immediately take them home, get his initials on them somehow, (which were BS) and then he would put them to use, as if using them immediately somehow further elevated his proof of ownership.

Here’s where it got scary though.

His method of retrieving said articles?

It was to send his boys on the pick up. It got scary folks. He would pull over, and it was our responsibility to hop out, exercise discretion and caution upon going out on the highway, and then get the item and get back in the truck as quickly as possible. As I write this now, I realize that the speed was probably so that the owner of the item didn’t return to see it being stolen by a 13 year old.

Here is the story of the dip-net.

For those of you who don’t know what that is, it’s a net that is used to get fish out of the water without breaking your line lifting them into the boat. It looks kind of like this: 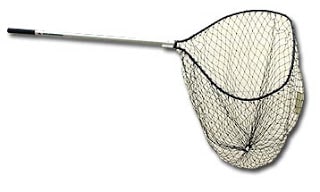 On some models, a scale is built into the handle so that you can weigh the fish at the same time.

The scene is set in Tulsa, Oklahoma on a busy weekend afternoon. We were in Tulsa for some reason or other, I don’t know why. I don’t remember the street, but what comes to mind is 31st and Sheridan.

We’re in the Aerostar, our minivan.

All of the sudden, we hear it.

“Is that a dipnet? I think that’s a dipnet. Does it have a scale on it? Hold on, guys.”

I don’t think my father had a specific selection process for choosing the kid that got out to get the stuff. It may have been that the first face he saw in the rearview mirror. I guess we’ll never know. I DO know that we all just kind of made ourselves look small and non-attention grabbing. I (kind of) remember the conversation that took place on that day:

It was at this point that I knew my brother was going to die.

We just looked at each other as he opened the door to the van, and I think in our own wordless way, we said goodbye.

Do any of you remember the game, Frogger?

That’s the only way I can describe this. I watched as my brother dodged every single vehicle imaginable, procured the net, and then ran back across the road faster than a Democrat from a controversial issue.

I have never been more proud of my brother. As he crawled back in the van, the look on his face was part sheer terror, and part excitement, and part exhiliration. I really believe my brother will a shorter life because of the experience, but I also believe he had more fun doing that anything else he’s ever done.

I don’t want any bullcrap in the comments about how horrible it was of him to do this sort of a thing. The truth is, I’m guilty of it now, and probably will be when I have kids. Was my brother in danger? Yeah he was. Was that a good thing or a bad thing? I believe it was absolutely a good thing. We need to get back to raising kids that way. Let them risk their lives every once in a while. Make them tougher. Hit them a little more. Yeah, yeah, I know I don’t have kids yet so I can’t really talk. But still. That’s my advice for today.

I asked him for a quote to sum up his experience from that day, and being ever the miser with words, he said this:

The Groom will probably be the first in my “Meet The Brothers” set of posts, which I’ll try to have up this week sometime.

Alex’s Memoir Monday: On A Sunday.

Sal’s Memoir: The Blackbird Song. (This is so far a 5 part story, and you won’t regret clicking the next button.)

Daffy’s Memoir Monday: Geez! What Happened To You?

Brandee’s Memoir Monday: A Wedding, A Graduation And A Parenting FAIL.

Juicebox’s Memoir Monday: Sometime You Have To Tread A Gentler Path And Not Beat A Bitch’s Ass.

LMJ’s Memoir Monday: Mom Rips A Nasty One And Blames Me.

Kiera’s Memoir Monday: Another One About Duquesne.

Angel’s Memoir Monday: You Know I Can’t Pick Just One.