Vacationing Mom Jailed for Telling Baby “I Want to Eat Your Face.” 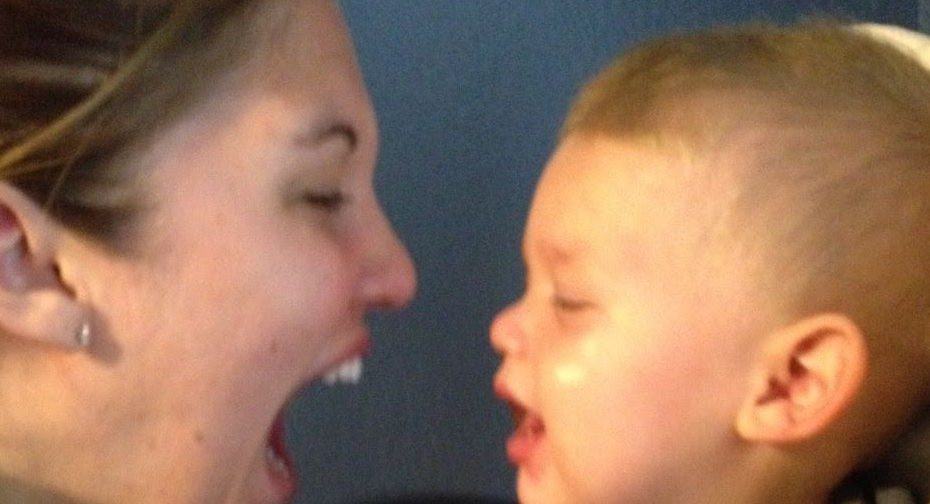 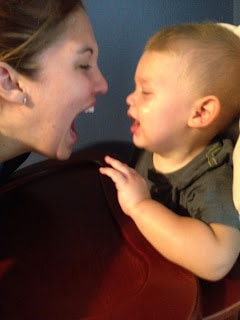 DESTIN (AP) – A family on vacation in Destin, Florida is sans mother this morning after she was overheard telling her one year old son “You’re so cute, I want to eat your face.”

This incident comes in the wake of the grotesque crime committed earlier this week in Miami, where a man reportedly sniffed bath salts, stripped naked, and ate the face from a homeless man, before being shot six times and killed.

“We’re taking a ‘zero tolerance’ approach to any mention of face eating,” says a Destin police officer. “We got a 911 call from a woman at the hotel, [who] said she overheard this conversation out by the pool. We assembled a SWAT team and got over there right away.”

The woman, who has not been identified, is from Oklahoma. Her, her husband, their four year old, and their one year old are all on vacation, and she claims she hadn’t heard anything about the previous incident because she doesn’t watch the news when she’s on vacation.

“It’s something we say all the time back home,” she lamented. “I tell him that at least once a day. I had no idea that people really ate other people’s faces down here. Right now my husband is trying to get a non-refundable deposit back from a dolphin cruise so we can make bail. I can tell you this much, when I get home, I’m getting rid of all my bath salts.”

The woman’s husband has been very quiet about the whole ordeal. “I love my wife. I just want to make that clear,” he said, while pulling the four year old’s finger from his nostril.

Child Protective Services was contacted shortly after the arrest, and they do have plans to investigate the matter more thoroughly.

“In light of recent events, we feel like the children need to be evacuated from the home immediately.” said a spokesperson for CPS. “We simply can’t take the risk of other faces being eaten; especially now that we know people are doing it for real.”

The hotel the family was staying at has issued a statement saying, “We are proud of the fact that there has never been a face eating incident at our fine establishment. We would like to thank the guest that contacted the authorities for being so quick on their feet. Our hotel is very much against the eating of faces, be it a poor, defenseless one year old or a grown homeless man. We plan to put up a sign immediately to further discourage this sort of incident.”

The mother, meanwhile is being held on a $50,000 bond, which some Florida residents think is too lenient.

“I think she should get the death penalty,” says Steve of Ft. Walton.

“It’s a shame really,” said Jen, also of Ft. Walton. “That type of person really shouldn’t be allowed to have children. That’s why I support Planned Parenthood.”

“I hope I do see her on the street,” exclaimed Bonquesha, a lifelong Floridian. “Me and her, we gon’ have some talkin’, her treatin’ them babies that a way.”

“You know how to get rid of bath salts?” asks Navarre Beach resident, Justin. “Legalize marijuana. If I was high, chillin’, eating Cheetos and a Fudgsicle, there’s no way I’m thinking about snorting bath salts.”

Floridians have been encouraged by local government to be on “red alert” for behavior of any kind that resembles face eating.

“I’ve got my guns loaded up,” says the above mentioned Destin police officer. “I highly suggest y’all do the same. This has ‘The Walking Dead’ written all over it, and I’m going to be ready when the time comes.”

The producers of “The Walking Dead” could not be reached for comment.

*The above photo was provided to me by a good friend who wants me to assure you she is a good mother who would never bite her child’s face. Also, this story is fake, in case you’re legally retarded and thought for one second it was real.