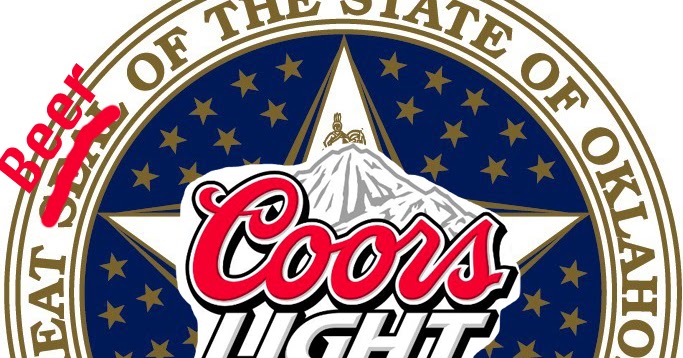 It was the first time my father ever corrected my grammar.

As I’ve grown older in this wonderful state of mine, I have realized that I was not alone in the mispronunciation of the bath time cleaning cloth. In fact, day in and day out, I hear it called a “wershrag.” I must admit that I sometimes revert to my natural ways and pronounce it in the way that surely has my father rolling over in his grave.

But it doesn’t stop there.

You see, in Oklahoma, it seems as if we’ll throw the “er” sound in just about everything. It doesn’t matter what vowel or vowel cluster we substitute it for, if it can be done then we do it.

Take for instance, the state beer of Oklahoma.

Kinmancare (previously known as “Kid Funk”) heard me pronounce it like that one day, and he took time out of his day to correct me.
KC: “Travis, that’s retarded. You’re retarded.”Me: “Well, I know it’s not very good.” KC: “No, I mean, how do you say door?”Me: “Umm…derr?”KC: “Very funny. You see my point?”
And I did. I saw his point. And from that day on, I have pronounced the name of the beer properly.
So thanks to two different people in my life, I now have a a finer grasp of the English language, as well as the ability to pronounce vowels like they should sound, instead of throwing “errs” all up in my syntax.
I will now return the favor to all y’all fellow Okies out there.
It has come to my attention that many of you have no idea how to pronounce the name of the leading lady of the smart phone industry.
*Post Break*

I typed “Siri” into Google and brought up images. Then I thought, “You know what would be great? If I pretended that I thought Siri was this hot chick buried in the phone.” So I googled “Hot Siri.” The picture directly above is the first result.
I’ll understand if you need a minute.
*Post Resume*
I’m talking of course, about Siri, the remarkable, snarky, and slightly condescending personal assistant built into the iPhone 4s and 5.
I have had countless friends and family members in the last few days pick up my phone and say:
“So does this have Serri on it?”
“Dude, do you like Serri?”
“I wish my phone had the Serri.”
“Serri! Tell me where the closest Hobby Lobby is!”*

I am at a breaking point. I must take a stand and let my voice ring out over the plains, mountains, and lakes of the great Sooner State and proclaim the message:
“IT’S SIRI, NOT SERRI, AND NOT SURI!”
That last one is Tom Cruise’s daughter for cripe’s sake! While I wouldn’t put it past her having an iPhone, I certainly think there would have been a lawsuit had both Apple and Tom both named their babies “Suri.”

We’re one fatal intonation away from calling the poor woman “Sue Ray.”  From there, it’ll become “Suerae,” and then “Soirée.” The next thing you know, no one will know if you’re planning on asking your iPhone a question or if you’re going out for a nice cup of frozen fruit flavored water.

To settle this matter once and for all, I decided to go straight to the horse’s mouth, as it were, and ask Siri herself the question of the day.

So, fellow Oklahomans – and more specifically members of my Sunday School class – I ask you to change your ways. Let us not soil the memory of Steve Jobs by mispronouncing the name of his favorite daughter. Join me in consistently practicing your individual vowel sounds as they were meant to be spoken.
Together we can get through this. It is our duty as state in this blessed union called ‘Merica. In fact, I’m almost positive I heard it mentioned in a “Red Dirt Ready” commercial.

Your move, Oklahoma. Don’t let the terrorists win.
* This was said by my wife on Saturday. It really hit close to home that we aren’t Red Dirt Ready.