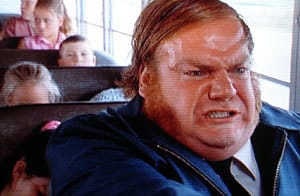 Somehow, through tolerance and sheer force of will, I’ve managed to fall in love with the two I call my own, and there are several couples from church who have a few that I like.

But as a rule, the first time I meet or see a kid under the age of 11, I’m not going to like them.

It never fails that I forget something important, and have to spend the rest of the day with a sore back and smelling like lady Degree.
Other things I forgot:
1. Toothpaste2. Brush3. Patience
There is one thing, however, that I look forward to when I go to a hotel. One amenity I always look for, and won’t book without. And that is…

…the hotel pool.
Yes, I am aware that the kids who just left the hotel pool probably treated it like a personal lavatory, and I’m sure the honeymooning couple that just got out of the hot tub more than likely consummated their nuptials as they relaxed their muscles.
None of that bothers me. Usually there is enough chlorine in a hotel pool/hot tub to clear up Jessica Simpson’s face before Proactiv, so little things like E.Coli and herpes are above my concern.
There is one thing that will ruin a hotel pool faster than anything else though. Something I’ve mentioned already in the blog, and something I wish there were a whole lot less of in the world.
Kids.
They are the bane of my hotel relaxation existence. They nullify all hope of me ever having a peaceful moment during a terrible hotel experience. It doesn’t matter if the hotel has the best continental breakfast in the world, if there are kids in the hotel pool I will give them a 1-star rating. Jessica Alba could personally greet me in a string bikini in the lobby, and if I took her to the hot tub and there was a kid in it I would do my best to make sure the hotel chain went out of business the next day.
Kids are terrible things.
I’ve told you all that to tell you this:
Me, The Missus and the kids went to Oklahoma City the other night. We thought we’d spend the night, then get up early and hit the outlet mall, try to score a couple of deals.
So I booked us a room at the Embassy Suites where we normally stay when we go to OKC, knowing it had a beautiful swimming pool and an okay hot tub.
When we arrived, all signs pointed to it not being a great trip. The parking lot was jam packed with cars, more than I had ever seen at the place before.
I looked at my family, and with a great deal of optimism, said “Well, as long as the pool’s empty, we’ll be alright.”
I should have known then.
We checked in, set our stuff down, got our swimsuits on and headed downstairs. We walked around the corner and saw this.

I. Was. Pissed.
Here’s the thing though. It was 9 p.m. Every single person in that pool was an 11-year old girl. Not only that, but every single person in that pool was an 11-year old girl CHEERLEADER.
I have never in my life seen such a congregation of tiny cheerleaders. I don’t know where they came from, I don’t know where they were going, all I know is I now hate those kids more than anything in the world, up to and possibly including the University of North Carolina.
They were screaming.
They were yelling.
THEY WERE DOING CHEERS IN THE POOL.
But alas! There was one saving grace.
They were all in the pool, and not in the hot tub. THANK YOU LORD JESUS FOR BEING A MERCIFUL GOD.
I settled into the hot tub, closed my eyes and relaxed. Maybe this wouldn’t be half bad after all, if I could just drown out the “ONE TWO THREE FOUR GET THAT BALL BACK YAY” that was going on in the background.
Slowly the sound melted away, and I was a moment or two away from complete transcendence…and then it happened.
Splash!
I looked up, seconds from nirvana, and sure enough, 18 tiny cheerleaders had joined me in the hot tub.
Now. I don’t know what you would have done in that situation, but years of watching To Catch a Predator had primed me for action in moments just like that.
I took both arms out of the water and raised them above my head like I was giving glory to The Highest, when in fact I was probably the furthest away from giving praise I had ever been in my entire life.
“But Travis, why would you take your hands out of the water?”
That’s easy my friend, it was to establish my innocence. If my hands are visible, they can’t be busy doing anything else, and that is exactly the kind of alibi you need when you’re in a hot tub with 200 screaming 11-year old cheerleaders.
“Excuse me officer, but if you’ll check the tapes, you’ll clearly see I had my hands above water level the entire time, and my eyes were fixed firmly on the fake palm tree to the left of the pool.”
The Missus looked at me and laughed, and I began fervently praying for a minor drowning.
Then one of the little idiots touched my leg.
I jumped out of the hot tub like it had suddenly been transformed into a storage facility for black widow spiders.
I stood at the side, silently cursing them all in my mind, and waited for them to get out. Eventually they did. Then they immediately got back in. Then they got out. Then they got in. The whole time saying things like “DE-FENSE! DE-FENSE! GO TEAM GO WOOHOO WE’RE SO STUPID.”
At last, more of them got out than were in, and I got back in the hot tub, hoping for some peace. Immediately after I got in, all of the tiny idiots got back in with me.
After about ten seconds, a couple of them got back in the pool, and then it happened. The Lord moved. A miracle was wrought. My faith was restored. Something great and mighty and ordained and on par with the whole water into wine thing.
One of the girls slipped and fell and hurt her knee.
As she burst into tears, all of the girls rushed to her side to provide her comfort, and my face split into a thousand-watt smile like it does when I see the words “All you can eat.” I struggled not to laugh. I rejoiced. I came very close to eschewing my worldly possessions and pursuing a call to the mission fields of Guatemala.
I was, to put it mildly, insanely happy. That little girl getting hurt was on par with my wedding day. Top ten moments in my life easy.
I slowly lowered my arms back into the water, knowing I only had a few precious moments of unencumbered joy. I closed my eyes, still grinning like an idiot, and replayed the moment in my mind.
Slip. AHHHHHHH! Slip. AHHHHHH! Slip. AHHHHHHH!
I had finally achieved inner peace. The trip had become officially worth it. The day was made.