#Write30 Challenge (Day Eight): A book you love and one you didn’t 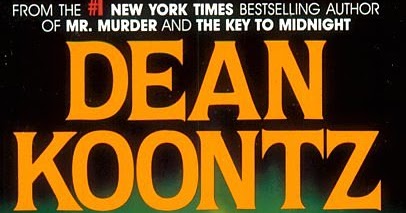 Out of all the topics in this bad boy, I think I like this one the most, simply because it’s the easiest.

Many of you know my favorite author is Dean Koontz. If you didn’t, you know now.

So a book that I loved is my all-time favorite of his, “Watchers.” 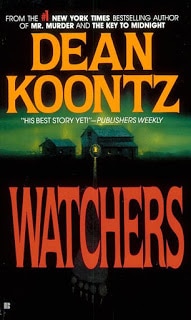 Immediately, one of the things this book has going for it is the protagonist’s first name is Travis. Of course that appeals to me, because that’s what this is all about, right?
But I think the story is excellent, with just enough twists and turns to keep you turning pages until you’re done, instead of quitting at your bed time. I’ve read this book several times, and will read it several more as well.
However, because I’m a book guy, I wouldn’t feel right without including a few more books I love.
1. “The Hitchhiker’s Guide to the Galaxy” by Douglas Adams2. “Rascal” by Sterling North3. “The Trumpet of the Swan” by E.B. White4. The entire Harry Potter series by J.K. Rowling5. “The Phantom Tollbooth” by Norton Juster6. The Game of Thrones series by George R.R. Martin7. “The Fault in our Stars” by John Green8. “Ender’s Game” by Orson Scott Card9. “The Visitation” by Frank Peretti (also has a protagonist named Travis)
And now for a book I didn’t love. This is also pretty easy, because there are several.
The one that sticks out the most though is “The Great Gatsby” by F. Scott Fitzgerald. 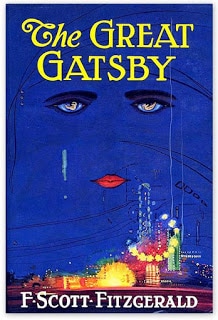 *gasp*
“Travis how could you not like that? It’s a classic! You call yourself a literary man and you don’t like Gatsby? You sir are a fraud! A fraud sir!”
Shut up.
That book is worthless. It’s 200 pages of parties and people wanting to have sex with other people but can’t because they’re pansies, more parties, some high society, and Gatsby dies in the end, along with some old lady who is standing in the road like an idiot when inconsolable women are driving fancy cars.
That’s it. That’s my review.

It took me six months to read that book out of the obligation that I’m an English major and apparently if you haven’t read it it’s worse than if you have and don’t like it.
For the record, I hated the Lord of the Rings trilogy as well, so suck on that. That’s right. I said it.
I mentioned that in a Lit class in college once, and I was almost drug into the hallway and beaten with sticks while they chanted in Elvish.
So there you have it, a book I loved and one I didn’t.
Love you guys.