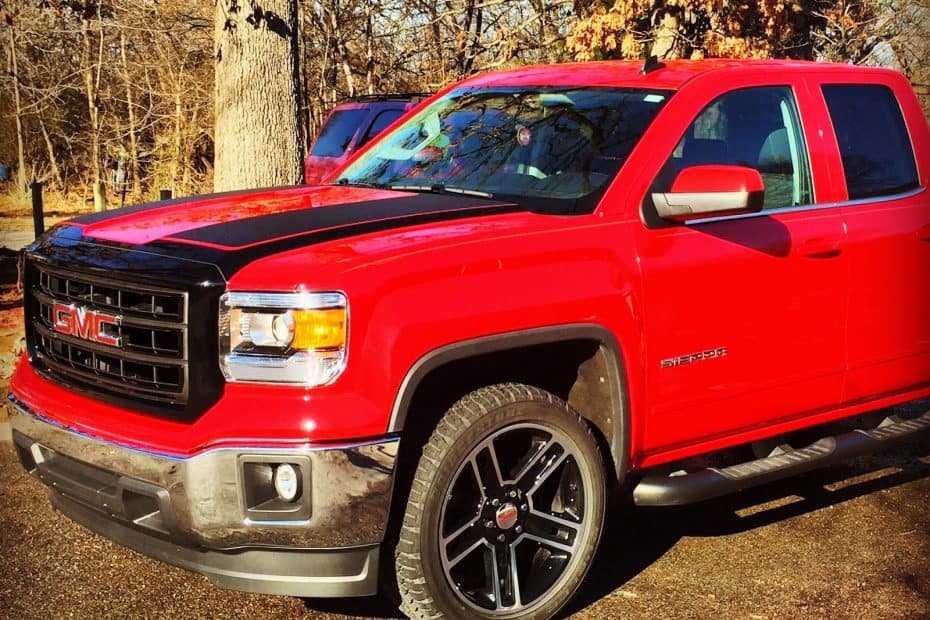 For those of you who don’t know, I recently (six months ago) bought a new truck.

I haven’t blogged or bragged about it a lot because when I brag about things, I lose them. Like, if I’d have posted a picture on Facebook the day after buying the truck, the dealership would have called and said, “It’s the dangedest thing, but the financing fell through, and we already sold your other truck, so all we have here is a Ford Focus…that’s pink because it’s an Avon car.”

So I’ve been pretty hush hush about it, but I did post this on Instagram/Facebook the other day, after spending four hours detailing it.

There has been a problem with the new truck though. And it’s a problem that’s led to me naming the truck CK3.
Cardinals (the birds, not the dudes in funny hats that tell Catholic folks how to vote*) love my truck.
Now I know that seems super weird, but give me a moment and I’ll explain.
Since I have gotten the truck, it’s been responsible for the death of three cardinals, and instrumental in the injuring of two more.
CK = Cardinal Killer; 3 = The death count.
Two of the deaths happened while I was driving, and there have been several more close calls. What happens is, lady cardinals dive-bomb my truck, and I hit them doing 65 miles per hour.
Here’s how I explain that:
You see, lady cardinals are looking for mates. Naturally, they want the biggest and strongest mate out there, and they are willing to do whatever it takes to seduce them. A little known fact** is that they also like the reddest color they can find on a mate.
My truck is big (from a cardinal’s perspective), it is strong (it’s a truck, not a Prius), and it is very red.
In short, lady cardinals want to bang my truck.
In shorter, they do actually bang my truck, but it’s not really how they want it to go.
“Oh hey baby, you look good, my word you’re big and strong, watch this dive bomb right here, this is how I got my third and fourth husbands, oh wow hey you’re not a…THWAP.”
The end.
But it doesn’t stop there.
Our house has an enormous window in the front. I don’t think it’s a bay window because I refuse to watch the DIY and HGTV, so I have no clue if it’s a bay window or not. But it’s big.
I park my truck in the driveway.
There is a tree cardinals like to land on in front of the house. If they land on the tree, they have the following view:

So here’s what’s happening.
No less than three times since I’ve had the truck, we have been sitting quietly in our living room and heard an enormous thump on the glass.
Because I am not a hero, each time it happens I jump up from my recliner and yell, “SAVE YOURSELVES IT’S HAPPENING!”
After my family got me calmed down the first time it happened, they finally talked me into going outside to see what happened. I grabbed the biggest gun I own and nervously stepped outside with my finger on the trigger.
A lady cardinal lay dead in a small pool of blood on our porch.
CK2 was now CK3.
The next time, I never found the cardinal, which means it survived.
But, as I was sitting at the house this morning (I called in sick to work because I have a headache, don’t judge me), I heard a loud smack on the glass, spilled my coffee all over myself, and had just started to panic when I remembered CK3.
I glanced out the window and saw this:

Here’s what I can’t figure out though. This is a dude cardinal. A male. As in, lacking the romantic desires the female normally possesses.
So while I’m thankful I didn’t have to change my truck’s name to CK4, I think the much bigger question here is:
Is this cardinal gay, or was he trying to fight my truck?
I suppose it’s entirely possible that the last female my truck murdered was this dude’s side piece, and when he found out the truck was responsible, he flew hundreds of miles and tracked down countless empty leads before finally spying what he thought was my truck but was really the same image that caused his super sexually charged lady friend to fall to her ultimate demise.
Basically a Nicholas Sparks book only with no cancer.
Or he’s gay.
We may never truly figure it out, but if I see this bird anywhere near my truck again, I plan to take evasive action. A bird that committed to either avenging his dead girlfriend—or making the sweet love to another male—is not to be trifled with.

*I have no idea if Cardinals influence voting among Catholics, I was just saying things
**I am basing that on nothing but my own opinion, and I think it was a Trivia Crack question once

This may be the shortest blog you’ve ever seen me write.

I left the gym this morning after being tortured by my trainer, and as I walked out the door I spotted a woman in the vestibule.

She was black, maybe middle 30s, and she had on a tattered coat and pajama pants. Then something else caught my eye. She was wearing flip flops.

It was 40 degrees this morning, and she was wearing flip flops. White flip flops with little flowers on them.

I said hello, and asked her how she was doing. She asked me what time it was, and I told her. For whatever reason, I asked her if she needed a ride somewhere. She told me she was waiting on the bank to open up, and I told her they wouldn’t for another hour.

I opened the door to leave, and as I did a woman came in with a scarf and a plastic wrapped piece of food.

Without a word, she wrapped the lime green scarf—obviously new—around the woman’s neck, and placed the food in her hand.

“There you go honey,” the woman said.

The woman in the flip flops didn’t say a word. She stared into the distance as the scarf was wound around her neck, and wordlessly accepted the food.

I’d like to step back from the situation for a moment and talk about a couple of things, because what the Good Samaritan said to me next kind of hit home.

As we were walking to our vehicles, I said, “Thank you so much for doing that. That’s so awesome.”

And she turned to me with tears in her eyes and said, “There but for the grace of God go I, you know?”

I thanked her again, and turned towards my truck, tears piling up in my eyes, then tracing cold paths down my cheeks.

“There but for the grace of God go I.”

We all make choices in life. And I know bad things happen to good people, and I don’t have any explanation for it, but I still choose every day to believe in a God that allows those bad things to happen.

I saw a post on Facebook the other night where a friend of mine said something to the effect of “Religion doesn’t work, so until god figures that out, I choose love.”

This morning, I saw both at work.

The Good Samaritan this morning didn’t tell the woman about Jesus. She didn’t ask her if she was going to sell the scarf later, and she didn’t try to get her to come to church. She simply acted. She showed love.

And I serve a God who can take it from there. 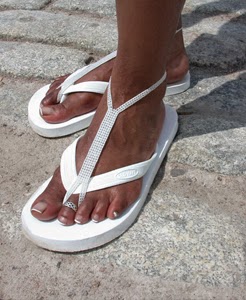