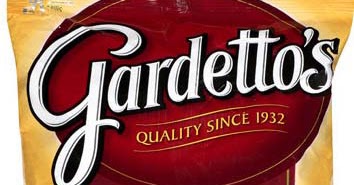 **UPDATE** It has come to my attention that some people out there actually don’t like the sesame sticks, and/or have a more coveted piece than the rye chip. I’ve included a poll for discussion purposes at the bottom of this post.

I’m not a complainer.

I’ll let you recover from that.

I enjoy the simpler things in life. Things like fishing, basketball, and popping open a bag of my favorite crispy, salted snacks, such as Nacho Cheese Doritos or Gardetto’s Original Recipe Snack Mix.

However, Gardetto’s, in the surprise Douche Move of 2013, has committed what I consider to be some sort of felony.

They took out the sesame sticks.

I will admit that the way I eat Gardetto’s is a little weird. Like maybe I have a legit disorder or something, so don’t make fun of me about it cause it’s the equivalent of laughing a kid with cancer. It’s untouchable.

I eat them in a specific order.

1. Pretzels – Pretzels are disgusting, so I have to eat them first. Not even the glorious miracle working fairies at the Gardetto’s plant with their blend of special secret spices can get me to enjoy a pretzel. Pretzels are like the Monday-Thursday of Gardetto’s. You’re just getting through them to get to the weekend.

2. Breadsticks – If pretzels are the Monday-Thursday, then the breadsticks are like Friday at 4 p.m. You know you’re only a short time away from unbridled joy and never having to work again.

3. Sesame Sticks – THEY TOOK OUT THE SESAME STICKS THOSE SICK, DISGUSTING, AND HORRIBLE PEOPLE I HOPE THEY ALL GET POISON IVY ON THEIR PRIVATES. Now they have some sort of little Chex Mix knockoff swirly wavy bullcrap breadstick in there now. It’s terrible. Probably the worst thing to happen to me since I tried to run a 5K.

4. Rye Chips – Do I even have to put this here? Surely everyone on the planet saves these for last, unless you’re the type of person who likes to live hard and fast and has probably been in prison for making meth. Those types probably eat them first. Hands down best thing on the planet when you’re craving them. The rye chips are the Memorial Day Weekend of the bag, just hot chicks in bikinis on the lake for three days.

So there’s my lineup.

But imagine my surprise the other day when I cracked open a bag and said to myself, “Boy these look funny.” But I started in on the pretzels anyway, cause you have to start grindin’ if you want the reward right?

I got through the pretzels, and much to my surprise, THERE WERE NO SESAME STICKS.

So I start looking through the bag and I see these little wavy Chex Mix things. So I did what I always do when faced with unheard of controversy at work, I announced it to the room.

“GUYS I DON’T HAVE ANY SESAME STICKS IN MY GARDETTO’S AND I’M GETTIN’ REAL SCARED.”

As usual, my coworkers were not the least bit concerned with my plight.

So I Googled it.

Turns out, I’m not the first to break this wide open. Their Facebook page has been blown up* with folks up in arms about this situation. It’s pretty tense over there.

There was thread after thread of people who weren’t taking it lying down. They were on Facebook, dangit, and they were handling business, because everyone knows Facebook gets the best results when you complain on it.

It’s because of that fact I’ve created a Facebook page for the cause.
Bring Back Gardetto’s Sesame Sticks
Like it. Love it. Further the cause.

*Shout out to my TSA folks here because I said “blown up.” Stay a while. I’m hilarious.