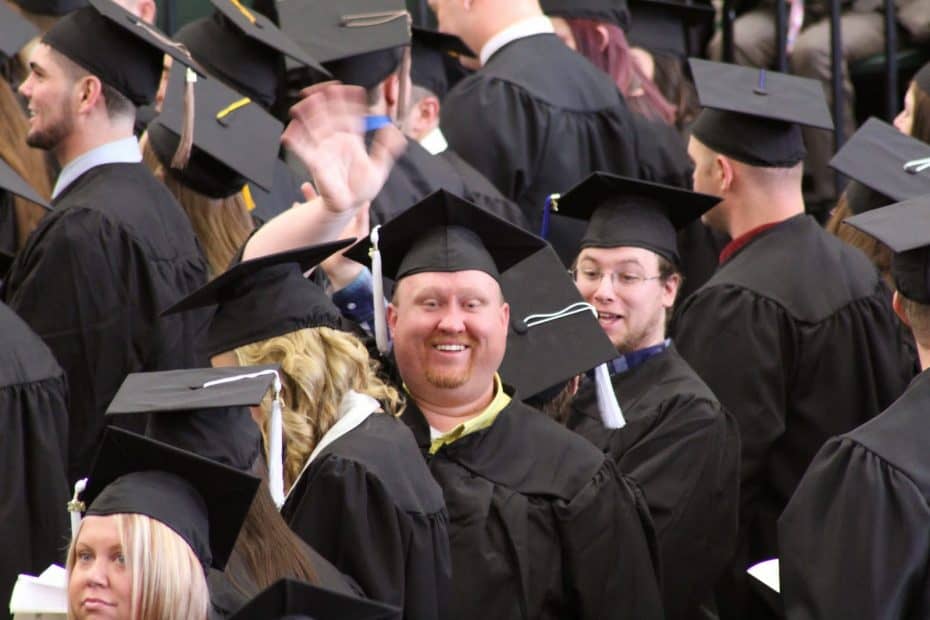 I’ve wondered about the title of this blog for four years. As it turns out, I didn’t even have to think of it. This morning, while I was getting a glass of water from the refrigerator, my son walked in and said, “Yay! Daddy’s graduating today!”

My daughter looked up at me, smiled, and said, “Finally.” ***
Thursday night was bad.
I kept having dreams where I died. I’d drift off to sleep, and wake up gasping, having just crashed an airplane, fallen off a cliff, or having been pushed in front of a bus.
I cried Friday morning when I was watching the news before class. Someone paid off someone else’s layaway, and I got all weepy.
So of course I texted my wife and told her what was going on, and she was very succinct with her reply: “You need to calm down.”
I didn’t believe I would make it. I really didn’t. When I started college four years ago, I honestly thought I’d quit again. I mean I’d tried it twice before, and I left both times. I don’t mean I dropped out, I just left. My grade point average was abysmal.
But I started again.
And I slugged along. I took some classes I really thought I’d like at first, just to pick up the momentum. I took elementary algebra four times, and I took intermediate algebra four times. I won’t tell you how I got through college algebra.
I fell in love with literature. I decided against a journalism degree, then decided against a computer science degree, and finally settled on English Education. Teaching. Geez.
I quit my job after my second semester. I burned an enormous bridge at Connors State College, simply because their math department (certain faculty, really) is the biggest bunch of idiots God ever put on earth.
We got a couple of kids. Then we got another kid. We went through a really rough patch in our marriage, and I genuinely thought it was all over. Then I learned how to ask, “How can I help?”
I’ve worked 16-hour days for an entire semester now. I’ve gained an enormous amount of respect for high-school teachers, and not only them, but the students as well. I fell in love with those kids (totally not in a weird way), and I’m sad I only have one more week with them.
I interrupted the semester with a trip to Washington, D.C. for an amazing reason. I had a wreck my second day of my internship. I got sick for like the second time in my entire life. I yelled at my daughter for making a C when I was struggling to keep up a C in a class myself.
“You’re a Sloat. Sloats don’t make Cs. Sloats don’t make Bs. Sloats make As.” – Brian (and now Travis) Sloat
I ran out of gas halfway through the semester, then got an email from my wife that changed everything.
And, while we’re on the subject, can we just take a moment to enter my wife in the “Best Wife of the 2010s” contest. The woman is amazing. While I’ve been slugging away at my internship, then working nights at the paper, she’s been raising three kids essentially by herself, and, not only that, actually tried to sleep with me a few times too.
You know I still remember the first day I actually noticed her. I don’t remember much, I truly think I’ll have dementia in about a week, but I remember noticing Alicia for the first time. I can tell you exactly where I was, and exactly where she was, and almost exactly what she had on.
God, in His amazing and infinite wisdom, completely changed my life when He let her fall in love with me. She is a rock, and I am fully prepared to spend the rest of my life trying to thank her for these last four years in particular. I love you, Alicia.
***
I woke up at 7 a.m.
I rolled out of bed to get in the shower, and Alicia asked me, “What time are you leaving?” I replied, “I need to leave in about 45 minutes.”
“What? You told me it started at 9:30!”
“Yeah, but I have to be there an hour early.”
She made some sort of noise, and then I honest to goodness didn’t see her the rest of the morning. Somehow, she got all three kids ready, herself ready, and ironed my clothes in 45 minutes. Did I mention she’s amazing?
Just before we left, I remembered something. In my sock drawer, there’s an armband with some initials on it. B.R.S. Brian Ronald Sloat. I had it made for basketball after he died. I grabbed it, and slid it on under my shirt sleeve. It just seemed right dad should be there with me.
We made it to the event center. We didn’t die.
The separated us at the door, and ushered me around the building where I had a moment of sheer, unadulterated panic when the lady in charge of the cards with our names on them couldn’t find mine. It wound up being the only one in the pack stuck to the back of another one, and if that right there doesn’t prove to you that The Lord has a sense of humor (a sick one, sometimes), then I don’t know what will.
I met my friends, Krista and Katelynn, who have been with me through this whole thing, and don’t seem to find it weird that they have attached themselves to a 32-year-old man who has a penchant for being inappropriate.

Starting Monday, I’ll be a college student. Again. For the third time. My academic record so far? A beautiful and stunning 21 credit hours of zeros. Oh-fers. Goose eggs. I kind of sucked a college in the past, if by “kind of” you are comparing how Lindsay Lohan “kind of” sucks at rehab.

So why am I going back to college if I’m so stupid bad at it?
Well, I honestly believe that in the 6 years since I’ve been, I’ve grown up a lot. I’ve realized a few things, and I understand the importance of having a degree. Especially if you want to be a writer/journalist, which is the career goal I’ve chosen. Say what you will, but there isn’t a single company or person out there today willing to give you a chance to write more than the classified ads if you don’t have a piece of paper in your hand saying that a degree granting institution considers you to be “alright.” It’s bull, but don’t try to tell that to people who have that piece of paper. They’ll cuss at you.

My goal is to go straight through, no breaks, no summer vacations, nothing at all until I’m done. Whether or not that happens remains to be seen, but I’m going to try. I want to get this done. I want to start a career. I’d settle for becoming famous, but published would be great. I don’t need millions of dollars to be happy, but when my kid comes up to me and says, “Dad, I’d like *insert name of ridiculously expensive and stupid toy*, I want to be able to buy that for them. I want to be able to send my kid(s) to basketball camps so they can be really talented and get drafted into the NBA and let me retire at 45. I want them to have things I didn’t.

Speaking of kids, I got word this week that we are “unofficially” approved for the adoption. We should get the final approval next week some time. That both excites me and scares me to death, because the other day I was thinking about it, and I realized that we’re essentially going to have a little stranger move into our house and never leave. Kind of like all the movies with Sinbad, only this kid probably won’t be as funny. 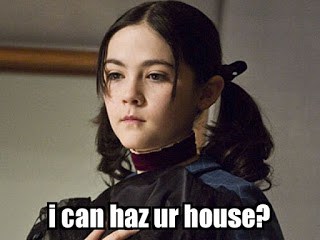 So there’s that. After the approval, it could take anywhere from 3 months to infinity to get a kid, and that’s the number coming from DHS. I think they actually used the infinity symbol, but kind of turned it at a bit of angle so it looked like an 8.

Starting on Monday, get ready to be greeted by a Facebook/Twitter feed of exhaustion, excitement, learning, and stuff about my farts, friends, penis cups, and Duke basketball.

You know, the usual.