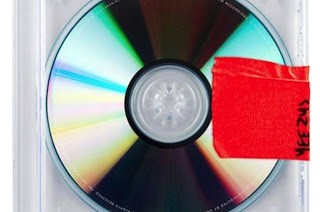 I may have a few new readers who aren’t familiar with my line of “Why Music Sucks Now” posts. The basic point is me passing judgment on songs I feel are detrimental to the music industry, and society as a whole.

Today’s post, however, while focusing on a single song, will cover an entire album of horribly digitized voices and what can only be described as sound effects from any number of CGI based movies.

I’m speaking of course of Kanye West’s “Yeezus,” featuring the song “I Am A God.”

There are some, I’m sure (probably Kanye), who will hail this the greatest album of all time, and demand that it be lauded from rooftops the world over.
I am not one of those people.
The album, which seems as if it’s about 15 minutes long, is probably the most narcissistic piece of media I’ve ever laid hands on, and I’ve laid hands on me, so that should tell you something. The name itself, “Yeezus,” is some sort of play on “Jesus,” and in the album he refers to himself as Yeezus repeatedly. This is not only excruciatingly blasphemous in my book, but is also just downright idiotic, unless I’ve gotten Kanye all wrong and he’s actually referring to himself as the local country club gardener.
So let’s take a look at the lyrics of “I Am A God,” and break them down.

I am a godHurry up with my d*** massageHurry up with my d*** ménageGet the Porsche out the d*** garageI am a godEven though I’m a man of godMy whole life in the hands of godSo y’all better quit playing with god
Soon as they like you make more money like youBut kissing people a** is so unlike youThe only rapper who could compare to MichaelSo here’s a few hating a** n***** who’ll fight youAnd here’s a few hating a** n***** who’ll bite youI don’t wanna hear why some n***** like youOld n***** mentally still in high schoolSince the tight jeans they never liked youPink a** polos and a f***ing backpackEverybody know you brought real rap backNobody else swag n**** we the rat packVirgil Pyrex that’s the snapback, diamond shotgun shiningUntil the day I get struck by lightning
I am a godSo hurry up with my d*** massageAnd a French a** restaurantHurry up with my d*** croissantsI am a godI am a godI am a god
I just talked to JesusHe said ‘what up YeezusI said “s*** I’m chillingTrying to stack these millions”I know he the most highBut I am a close highMi casa es su casaThat’s that cosa nostraI am a godI am a god
1. He doesn’t waste any time at all getting right into telling you he’s a god. Naturally, as a deity, the first thing on his plate is a massage and a ménage, followed by a ride in his Porsche. Since I’ve thought very little about what I would do as a god, I can’t say that he’s wrong here, I can only speculate on what I think I would do, which would be to make sure Duke never loses again and drive way better cars than a Porsche.
2. Kanye then lets us know he’s a man of god, which makes all of this okay, right? It’s like when you make a racist joke then say it’s okay because you have Alaskan friends.
3. I’m pretty sure he compares himself to Michael Jordan here. As in, “Hey guys, I’m the Michael Jordan of rap.” Let’s clear one thing up here. Tupac is the Michael Jordan of rap. And no, I didn’t say “was” the Michael Jordan of rap, I said “is,” because he’s clearly alive and dropping a new album in 2014. Just ask this guy.

4. Shout out to Mike Tyson with the “biting” lyrics. I guess maybe he could be calling himself the Michael Tyson of rap, but somehow I don’t think anyone would call themselves the Mike Tyson of anything, unless it’s biting. Like, “My two-year old is the Mike Tyson of the daycare we take him to.”
5. I don’t understand what being in high school has to do with tight jeans and pink shirts. He has to be talking about hipsters or something and I’ve been out of the high school game too long to know about it. If he’s saying he hates hipsters, then Kanye and I finally agree on something.
6. I literally had to Google what Virgil Pyrex was. The first thing that came to my mind was a Roman glass baking dish. Turns out it’s a clothing line of some sort, no word really on if it’s Roman, and they also make “snapbacks,” which if you’ve been living under a rock, are those idiotic hats the kids are wearing these days where the bills don’t curve. It ain’t natural, and I don’t like it.
7. I’m calling bs on the diamond shotgun. Ten to one says he doesn’t have one, and if he does, I volunteer to let him shoot me with it, with the caveat that my wife and kids have to pry the embedded diamonds from my riddled flesh to pay for my dream funeral, which will include The Rock and Vin Diesel propping up my embalmed body while Paul Walker reads the eulogy and Ke$ha sings “Amazing Grace” as live eagles fly screaming through the building.
8. You keep talking like you’re a god, and that lightning strike is going to happen quicker than you think.
9. Then Kanye has a conversation with Jesus, wherein he curses and explains to the Lord Almighty that he’s trying to “stack these millions,” which is almost a direct contradiction to what Jesus ever said to do. Is Kanye tithing on that money? Or is he buying more diamond shotguns? Then he tells us Jesus is the “most high,” but he a “close high.” I can’t even began to deconstruct the grammatical ridiculousness of that analogy.
10. Roughly translated, the Spanish here says “I’m a douchebag, really, I’m a douchebag. I’m bitter because Kim got pregnant fat and had an ugly baby and I’m really just taking it out on everyone by calling myself Jesus and using movie sound effects from Transformers 3 to make music in the loosest possible sense of the term.”*

So if you were planning on buying the new Kanye album, don’t. Unless you feel sorry for him for the whole ugly baby thing.
And if you somehow made it to this site expecting an objective and on-topic review, AND you made it this far into the post, I should probably apologize, but I hope you at least chuckled a few times.

*This is a solid Google Translate translation, also I took a semester of Spanish in college.