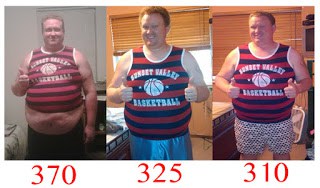 I am receiving a discount in return for these publications. All opinions expressed are my own, and all results you see will be real and not modified in any way. These blogs in no way correspond with any other writing I do in a professional capacity.
Have you ever gotten done with a workout or a strenuous sporting activity and said, “Whoo! That killed me!”

We got out there tonight and played our best out of five games. That means we sometimes play up to 25 actual matches. Tonight was not a good night for me, because he beat me pretty solidly, 3 games to 1.

As we sat, pretty tired I might add, on the bench for our cool down, a couple of guys asked us if we wanted to play doubles. Neither of us really like to back down from a challenge, so we accepted.

It’s here I should point out that the other team had…a black guy. We had pretty much accepted defeat by the time we got up to play. This was also our first time playing doubles, and so I had to get used to the new out of bounds line, and I let several go because I thought they were out. It didn’t take us long to figure out that we might have a shot at winnin this thing, but we were quickly running out of steam.

It came down to a tie ball game where the next match won. Then it came down to the next point won. Then it went deuces, then it went advantage, and then it went deuces. This went on for an HOUR. Folks, I don’t mind telling you, I tried to throw the game. One of them served the ball long, and I called it in and said it was game. Kid Funk was having none of that though, and he called it for what it was. We kept playing.

Finally, it went advantage us. Then came the serve. We volleyed briefly, and then they returned it…

We. Were. Victorious. We had beaten them. So far, Kid Funk and I are undefeated at doubles tennis. Consequently, I think we also retired from doubles tennis, so we went out on top.

Then the fun started. We went out to eat, he had chaffed nipples and a hamstring cramp, and I was dehydrated and just tuckered out. We left everything we had on that court. It hurt to eat, and then I ate too much, and now I hurt because I ate too much AND because I played tennis. When we got back in the truck to leave, a Charlie horse hit KF so hard he wound up damn near in the fetal position in the cab of my truck. He was writhing in agony, and I was dealing with choking fits of laughter that came real close to causing me to be bulimic.

I asked Kid Funk to sum up the game: “We won and my shit hurts. The last point lasted longer than the previous 10 matches. Tennis is stupid. Felt like we were playin for world peace.”

The game though? It was epic. It was awesome. We won. We beat a team with a black guy.