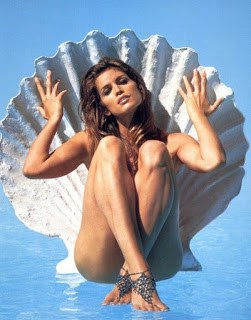 I was catching up on some blogs yesterday when I came across a post by a new gal I’m following, Mayor Gia. Gia wrote up a fantastic post, replete with funny cartoons, describing how the new SocialCam trend is the devil, and the awkwardness it caused at work.

I am no stranger to that awkwardness, having had to coach a pastor, a fellow church member, and my thirteen year old cousin on how best to remove your video history from your Facebook feed.

It can get strange.

I am an Internet connoisseur. I spend a lot of my time perusing the various nooks and crannies of the World Wide Web, using tools like StumbleUpon and clicking link after link when I find something interesting. I think one day, I’ll actually hit the end of the Internet like that one guy in that one commercial that one time. You know the one.

However, even being the expert on the e-world that I am, I have still had my fair share of struggles, and I thought you might be interested in some of the pitfalls that I have found myself at the bottom of on the interwebs.

The Hotmale Incident: When I was a wee lad, a newbie in the virtual playground, using a dial-up 28.8K modem with call waiting so that every time someone called, I’d kicked off, I created an email account. I decided to go with Hotmail, because that was the preference of some chick I liked at the time. I decided on a name, which I can’t even remember, and I busily set about emailing everyone I knew that had an email address. One day, I came home from school, and I was ready to check my email. I haven’t always had impeccable grammar and spelling skills. I will refer you to the “thow” incident at the first grade spelling bee. So I sat down at the computer and typed in “www.hotmale.com.”

Go there. Go now, if you’ve got the minerals. I was traumatized for life. I didn’t even know about gay people when I was that young, much less the sex. Thank God above that images on a 28.8K modem take about two hours to load. I got the site closed after I saw the first penis…with another penis. I’ve never made that mistake again.

The Cindy Crawford Incident: I was thirteen, I was at a science camp at Tulsa Community College, and they had just sat us down in front of computers to show us The Internet. What they didn’t know was that I had a friend who already had The Internet, and he had showed me a few things. So when they walked away to let us peruse at our leisure with no clear directions, I did the first thing that made sense. I searched The Internet for pictures of Cindy Crawford. The results came in, and I was very pleased. I clicked on one particular search result, and this image filled my screen:

I have never loved The Internet more than I did at that exact moment. Then something awful happened. The computer froze up like a Transformer in Antarctica, and I was not the technological guru I am today. So, eventually, I had to ask for help. The gentleman running the show came over to me, looked at my screen, and said, “Woah! How in the world did you get this up here?”
I looked him right in the eye and boldly said, “I don’t know.”
It worked.
I was a helpless kid, this was the big, scary, Internet. I didn’t get in trouble, but they did stick me on a game site and made me play something boring for the rest of the time.
Googling “The Flash:” Fast forward quite a few years, and I am currently the Youth Minister at Okay. I was in my office at the church, and I was researching a lesson. Our pastor’s wife was renowned for the Internet safety software that she had put on the computers, to the point that some articles that contained any kind of violent or salacious print were often blocked, even if they would help in preparation. Some of the Bible sites were blocked, because the software thought they were “slandering religion,” or something like that. I was proud of the fact that I had only set the blocker off a limited number of times, and even then it was always a news article I was trying to read or something to that effect.
Back to researching the lesson. In this lesson, I was going to use superheroes as the basis. So without thinking, I hopped on the Internet and Googled, “The Flash.”

I was mortified. Every time that thing went off, she got a report saying what the person was trying to access. I didn’t think for one second about the correlation between a man who can run the mile in 0.0009 seconds and girls showing off their cash and prizes. I never heard back from her on the whole situation. I couldn’t look her in the eyes for a couple weeks, but other than that, I guess it passed under the radar.
The list really could go on and on, such as the time I googled “XXX” trying to find a dvd cover for the movie starring Vin Diesel, or the time I found a family member’s web history and ratted them out because I knew I’d get blamed for it, or the times I’ve been tagged in naughty Facebook pictures because I’m not careful about who I add as a friend.
But as many traps as I’ve fallen into, I still would like to list some that I’ve avoided.

A long time ago, one of the people who inspired me to start blogging did a post about the Google searches that led people to his site. His name is Johnny Virgil, and you should definitely go see his blog. It made “Blog of Note” not too long ago, and it was very well deserved. He also has a book out, and while you’re on the site, you should buy it. Heck, buy two. Either way, go see him by clicking here.

I tweeted at him and asked if I could put my hand in the honey pot of his creativity, and he told me that would cost $100 and that there couldn’t be any eye contact. I then explained that I just wanted to plagiarize him and not do anything sexual, and then we got it all lined out and he basically said I could do it for free.*

So here it goes, folks. Google searches that have led people to my site.

Fat ginger karate: I’m going to just choose to not be offended by this. I mean, this person obviously doesn’t know that by googling these words he’s unlocked a ginger curse that will follow him for 10 years. I don’t make the ginger rules, folks.

Girls sex with fish: This could only be a Japanese man. I can’t think of any other race or gender to google this set of words. I also think I’m pretty ashamed that this search led him to my blog. From here, the only thing that could possibly be worse is if I gave this Japanese man the sexual gratification he was looking for somewhere on my blog.

Hi my name is Travis and I am gay: ERRONEOUS! ERRONEOUS ON ALL COUNTS!

Twat Maine fisherwoman: Sometimes there are words put together in a Google search that have to be an accident. This HAS to be an accident, right? I mean, you go to Google, you get up for a second because your kid just tried to lick a light socket, you get him lined out, and you come back to realize that in your absence a book fell on your keyboard and just happened to hit the right letters to type out “Twat Maine fisherwoman” and you think, “Man, that was close, I’m glad it didn’t hit enter too,” and then you hit backspace, but because you were thinking about the enter key you hit that instead and now you have a really short amount of time to delete your history before your wife walks in, but you can’t delete the pictures from your mind that you saw when you asked Google about the twats of fisherwomen in Maine. This is the only acceptable explanation in my mind.

Furnitures for midgets: I am honored that the little people have chosen to land on my site when searching for their furniture. I would like to let them know that I am going to start a small furniture line called “Midgetstuff” that will be available sometime in the spring of 2014. Beds, couches, chairs, tables, and all the accessories for the classy and refined vertically challenged person. To be honest, I’m glad I landed a minority (no pun intended, big guys) demographic here, because truthfully, a lot of searchers come to my blog because they hate the gays.

Arkansas bird deaths god: I know what post got them here, I can only hope they found some comfort in my fake newspaper article, where I plainly state that it wasn’t an act of God that led to the death of all those pretty birdies.

How do boobs look like when aroused: I’ve got to level here with you here, I have no idea. When I get around to arousing a woman, I’ll let you know. Also, since the person who googled that is probably 13, I’d like to tell them to stay off my blog. I got adult situations and foul language on here, kid. Go back to watching Family Guy.

How to put the my tik in her ass: I’m assuming that by “my tik” you’re talking about either a.) a hamster, b.) your man parts, or c.) an actual tick. I think no matter which way you’re going with this it’s a bad idea. Typically, unless a woman is in the adult film industry and therefore has no self respect, you’re going to need to just try to stick things in her…ahem…lady parts, and leave the backside alone. Also, I would limit my options to “b” if in fact the woman has agreed to let you put anything there. I haven’t actually interviewed any women about this, but I feel pretty confident that most would shy away from a hamster or tick going anywhere near their downstairs. However, give it another ten years, and I’m sure the fetish you’re after will roll around to being popular. Good luck though.

Hope you enjoyed it, readers. If it goes over well I’ll probably do it again soon. I have over a thousand of these searches, and this was just the tip (heh) of the iceberg.

*This conversation may or may not have taken place like this. Mostly may not.