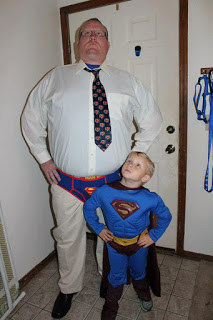 It was a bad day for the boy, behaviorally speaking. His father had to be called at lunch, when he had a minor meltdown in the middle of a restaurant during his mother’s “last day on the job” party. He begged and pleaded as his mother picked up the phone, but it was too late.

His father had yelled at him, threatened him, and told him he was in all kinds of trouble. The boy said “Yes sir,” a lot and nodded enthusiastically, even though his father couldn’t see that. He made up his mind to try harder, and maybe his father would forget about the misbehavior after his long day at work…

Then, in the evening hours, the boy had continued his misbehavior, and had earned himself an early trip to bed. As he tossed and turned, trying to fight sleep because of the injustice of it all, he thought about how fun it would be to live in a world without parents, a world where he could act how he wanted all the time without consequences.

He vaguely remembered a life like that, but it was getting so hard to remember…

…The dream started normally. It was a sunny day, the sky was blue and clear, and he was in the yard doing his favorite thing, playing. The grass was green and crisp, and he could smell the earth underneath it. Trees waved gently in the breeze, dropping the occasional leaf, which he chased. He was full of fun, and most importantly, he was not “in trouble.”

He was now with his friends. Not just the friends he had made on his street at his new house, but every friend he’d ever made, in both of his lives. They were all there, laughing, talking to him, telling him how much they loved him.

Now they were playing a game, and he was winning. He was beating everyone, running faster than he ever had before, scoring more goals, a perfect performance. His friends admired him, cherished him. They pounded him around his shoulders, telling him how awesome he was. Every team wanted him first. Every little girl cheered his name as he dominated the other boys. He even engaged in a little trash talking, and he was not rebuffed by his fellow competitors. On the contrary, each one smiled and lowered their head in respect, giving him the adoration he wanted.

The thought entered his mind that he’d like his parents to see his performance, because their approval was something he desired. Images flashed through his mind; faces, so many different faces. He ignored it, and searched the periphery of his vision for the people he called mom and dad now.

He turned his head, and that’s when he first noticed something was wrong. He couldn’t find his parents anywhere. He swiveled back and forth, searching desperately, finally resorting to asking his friends if they had seen them. His friends were willing to help of course, and asked what his parents looked like. He opened his mouth to tell them, and when he tried to describe what they looked like, he couldn’t remember. He tried to recall their faces in his mind, but it wouldn’t work. He kept seeing heads with no faces on them. Smooth, hollow orbs, with no distinguishing characteristics, just glossy polished discs of terror.

He didn’t want to cry in front of his friends, but the tears started to fall anyway. He tried to explain what was happening, but couldn’t get the words out. His friends suddenly turned on him. Each mouth transformed from a helpful smile to a sneer, then the laughter started.

“He doesn’t know who his parents are!”
“Haha! Why can’t you tell us what they look like?”
“He probably doesn’t even have parents!”

Then their faces vanished too.

His world slowly dissolved around him. He shook his head to clear it, but it didn’t improve his vision. He needed a superhero right now. Superman, with his blazing eyes and bright blue suit. Superman would help him. He had seen Superman help so many other people, and he thought for sure the faces of his family and friends disappearing qualified him for some super-support.

Where is Superman? Iron Man? Spiderman? Where is the hero?

The voice that answered surprised him.

The man paused briefly at the side of his son’s bed.

He had been getting ready for bed, and the scream had grabbed his attention. He knew the house was devoid of intruders, and was certain a bad dream was tormenting his son.

He watched as the boy tried to shake off the nightmare, his head moving back and forth, murmured words lost in translation as they rolled into his pillow. It appeared as though the boy was asking questions, trying to explain something.

The turbulent head tossing proved to be too much for the man to watch. He wanted to intervene, needed to intervene, and save his son from the terrors of the night. He stooped down with gentle hands to work his heroism.

“Son. Wake up,” he said, shaking the boy gently.

More head tossing. More murmurs. Desperation was etched on the boys face, sweat glistening on his skin, eyes quivering with random movements, the hallmark of dreams both good and bad. The man tried again.

Where was Superman? Why wasn’t he helping?

In the midst of the dream, the darkest hour, he felt a strong hand on his arm. The darkness lightened, but only a little. Then another hand, and a shaking sensation. He heard the voice again. Why was he talking about the sun? He looked for the sun, rotated his head around until he found it, a dim circle in this persistent darkness. If the voice wanted him to look at the sun, he would try…

Light — harsh, preternatural light — filled his eyes. The sun seemed to be right there.

The boy looked up blearily. He wiped his eyes.

His friends slowly swam back into view, each one wanting to know what had happened. There was no teasing, only genuine concern and the unconditional love of fellow playmates.

Warm laughter once again filled the air as he told them everything was okay, a hero had come.

“My dad fixed it,” he told the children. “Mom was there too. I found them.”

His friends surrounded him, hugged him, told him they loved him. Then, in the blink of an eye, he was on the field again, playing hard, and winning.

Everything was wonderful. He was the best again. 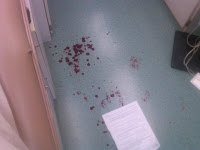 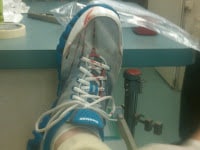 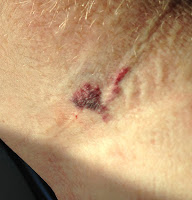 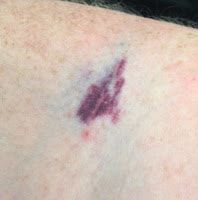 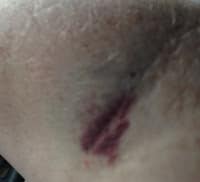 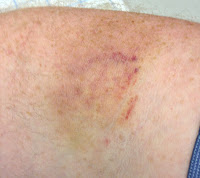