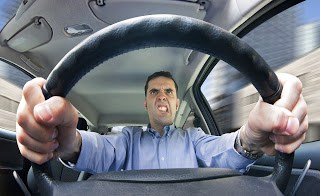 I have a lot of pet peeves.

Listing three of them is going to be tough, but here we go.

1. Slow drivers — As you can tell from this blog about me having road rage against my grandparents, I can’t stand those who drive under the speed limit. There’s something about following someone driving 55 in a 65 that makes me want to follow them home, beat them with a garden rake, find their kitten/puppy, take that kitten/puppy and throw it into a ceiling fan. I’d apologize afterwards of course, and buy them a new kitten/puppy, and maybe put a band-aid on their raked face, but the damage would already be done I guess. I feel like I’ve said a lot of things here so we’re just going to move on.

2. Listening to anything by Rascal Flatts — Look, I don’t care if God Blessed the Broken Road, What Hurts the Most is that you’re actually listening to this crap. My Wish when I hear one of their songs is that shortly after Here Comes the Goodbye, or I’ll Riot and then I’m Movin’ On. I know that Life is a Highway, but I Won’t Let Go of my desire to Rewind every single song I’ve ever heard of theirs and pretend like it never entered my ears. If you like Rascal Flatts, you’re basically a Winner at a Losin’ Game and Me and My Gang will bite you on the throat and I Won’t Let Go, so Just Let it Hurt. I Like the Sound of That.

3. Running out of toilet paper — Okay, this has happened like twice in the last two days. I finish up in the restroom, finish reading your Facebook or Twitter posts, reach for the toilet paper, and boom goes the dynamite, it’s not there. Open the cabinet, nothing. Look around the entire bathroom, nothing. Just sitting there, unclean and sad, wishing I had a soft animal or a power washer. Trust me, it’s a little humiliating to yell at your three year old to bring you a roll from their bathroom.

So there you have it, my three pet peeves. Tomorrow I get to bullet point my entire day, and since tomorrow is the Sloat Family Thanksgiving Dinner, it should be a heck of a time. Love you guys.

I think if you’re over the age of 65, you should have to retake the driving portion of your license test every year. I’d gladly pay the taxes to fund it.

That’s it really, I have no idea why this was even a prompt.

My grandparents are the best.

My grandpa, herein known as “Papaw,” is the storyteller that started it all. I’ve given serious thought to dedicating a portion of my blog just for some of the stories he has told us grandkids. One of them may or may not involve dancing naked with a polar bear, and my grandma backs that story up. If you’ve ever wondered where I got my storytelling “ability,” it’s him, hands down. He doesn’t like anything but plain potato chips, he’s smoked for the last 60 years with nary an ill effect, and to my knowledge, he’s never hugged me. I have a feeling that when I came out of the womb, he shook my hand. He’s that kind of guy.

My grandma, from this point on referred to as “Memaw,” is a saint. Seriously, she should be canonized and given her own title like, “St. Donna of the Infinitely Patient,” or something like that. She also cooks the best turkey “dressin’,” that you’ll ever have, and her red-eye gravy is the kind of thing that if you set some on your head, your tongue would beat your brains out trying to get to it. She’s had a cuckoo clock ever since I can remember, I have never seen her mad, and she gives me all of the hugs that Papaw seems to have misplaced.

You might be saying, “Travis, that’s cool and everything, but why are you telling us this?” Others are probably saying, “With all of these somber blogs, he’s probably going to tell us that one of them died, and I’m going to cry, and I’m sick of redoing my make up after reading his blog.”

Spoiler alert: neither of them have died.

I’m prefacing the actual story with all of this for two reasons.

1. You need to know that I love my grandparents, and we’ve never had an ill word betwixt us.

2. The actual story is pretty short, so I need filler.

As you may very well know, I have little tolerance for any kind of driver on the road. I don’t care who you are, I think you are a terrible driver. In fact, I’m 100% positive that there were two good drivers in the world up until February 2001, then there was just me.

I have my own set of rules when I am driving. One of them is something I call a “buffer zone,” which is the amount of space between myself and the car in front of me. I don’t particularly care if you are tailgating me, although if you do, I will slow down gradually until I come to a complete stop if you can’t manage to pass me first. What I care about is the space in front, because I really don’t want to be responsible for an accident.

In fact, the only time I violate this rule is when traffic has been throttled from two lanes into one, and you’ve had ten miles worth of warning, and at the last second before the lane blocker you decide you want to squeeze in between me and the car in front of me.
No sir.
I will get so close to the car in front of me I’m practically in their backseat, and I will remain that way until you’ve reached a point of indignation rivaling that of the NASCAR fans that have already left this page because of that picture up there. You knew about this lane closing ten miles ago, and now you want me to be a good samaritan?
Nooooooo sir.
Some of you may need to know what my “buffer zone” actually looks like, and I’ve taken the liberty of illustrating that.

So after seeing all of this, you can see how one thing that really upsets me would be someone cutting me off in traffic. I feel like people constantly take advantage of my somewhat liberal buffer zone to zip in between myself and the car ahead to gain a significant speed advantage. This is frustrating to me because I feel like everyone should observe the rules of the buffer zone. In fact, I’m almost positive it’s in the Oklahoma Driver’s manual. They get into stuff like “car lengths,” and “awareness,” but I just think all they really need is my illustration.

The scene is as follows.
I am driving to school in Tahlequah. There is a road in Tahlequah named Willis Road, and it has been under construction for the last 675 years.

The lights at that intersection have been switched to timers instead of being activated by cars, so it doesn’t matter that no traffic is waiting for a light, they change anyway, which has wreaked absolute havoc on both my morning commute and my relationship with God.

About a week ago, I was driving through that intersection and singing along with Taylor Swift, and I was generally happy about life.
All of the sudden, a brown Cadillac slips into my buffer zone. I’m still up in the air or not about whether they signaled. I don’t think they did, but one of the advantages of keeping a buffer zone like mine is that it enables you to occasionally get lost in a song or a witty Facebook status update and just zone out for a second.
So when this brown Caddy cut me off, I detected a disturbance in the zone.
In response, I pulled right up on their bumper and yelled the words,
“If you’re going to cut people off, learn to drive, old man!”
Feeling vindicated, I backed off, but continued to eyeball them just for good measure. As I was eyeballing, I started noticing some of the finer details of the people inside the car.
First, I noticed the straw hat on the driver, and how familiar it looked to me. Then I noticed that the passenger had really short hair, tinged with gray, and the head shape looked kind of similar to someone I know. Then I saw in the backseat the brown curly hair just peaking up over the headrest, as if the person there was younger…or older.
Then my Memaw turned around and addressed the person in the backseat.
Turns out, I had just road raged at my dear, sweet, angelic grandparents. Also in the car? My great grandmother.

Deciding to own up to what I’d done, and figuring they possibly knew who it was anyway, I called Memaw to confess my sins and beg her forgiveness, which I knew she pretty much had to do, because hey, I’m her grandson.

When she answered the phone, I jokingly said, “Hey, didn’t anyone ever tell Papaw not to cut people off?”
“Travis! Was that you?”
“It was.”
“Here it comes,” I thought. “Here comes my apology, and the forgiveness, and the love.”
“Well, your Papaw saw you ride up, and he said, ‘Go ahead and hit me in the @ss, I’ll sue for whiplash!'”

“Well, he has some coming in the mail.”
I love my grandparents.
Even if sometimes we hate each other’s driving.
*Disclaimer: I am in no way saying that one of my aunts is cooler than the other.