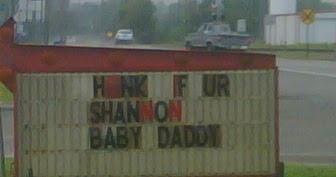 Today is just going to be a day of me posting a couple of different things to let you know what it’s like in my home town. I know I’ve tried to tell you, and I’ve even posted a sign that’s been up before. This is the newest sign… 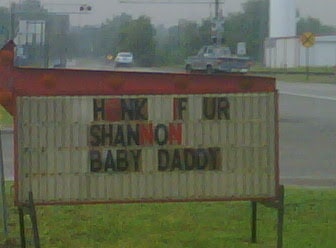 Nope. You’re not imagining that. It’s for real. I could go into trying to make fun of this, but I can’t. It just speaks for itself. I asked the lady who owned the restaurant why it was up there like that, and she said, “Because they can put it up there.” Classic. I hope you enjoyed it as much as I did.
The next thing I have to show you… 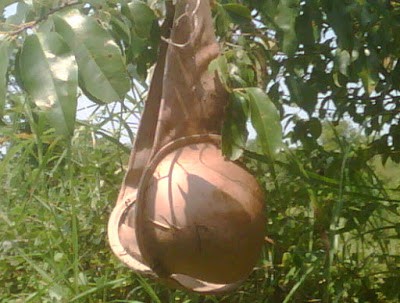 That was hanging in a tree down by my mothers house the other day. I just want to meet the kind of classy lady that would do this. “Jim, this bra is no good. I’m tossin it.” Once again, words pretty much fail me.
And finally, this little number was laying on the floor of one of the classes I subbed for today. The paper had a name on it, but I won’t be giving that out. Now I’m going to say this. Please don’t read this too hard. You will give yourself an aneurysm. That’s no good for anyone. Just kind of lightly skim over it, and then if you can handle it, read it again slower, but still pretty quick, and don’t get hung up on anything for too long.
Moviethe mexican Just attacked the Americans. young men Had to behave or something till Sarha ann to put out the son evory night for momma berrys. a boat steam down Mexico, Mexico has started the war. apparenty they was pertexting that house by the end of may somthing happen the war was over quicky the Mexican prove them wrong S troopes Soffered a second the pacific ocean stoped them many would be force to get another Identy and live under a forgin country. May is something happened.
I feel like it’s very important that you know I didn’t make that up. At all. I am honestly scared to run spell check on this. I might shut down Blogger for a while. This was a junior high student. As far as I know, none of them were “special” in any way. So…….. Yeah…… There ya go. Another brief look into my home town, and the wonderful people here.
At least she spelled Americans right. She also capitalized it. That’s a W.
“Pertexting” is now the word of the year. The rest of the year, you have to squeeze that in as many places as you can. (That’s what she said.)