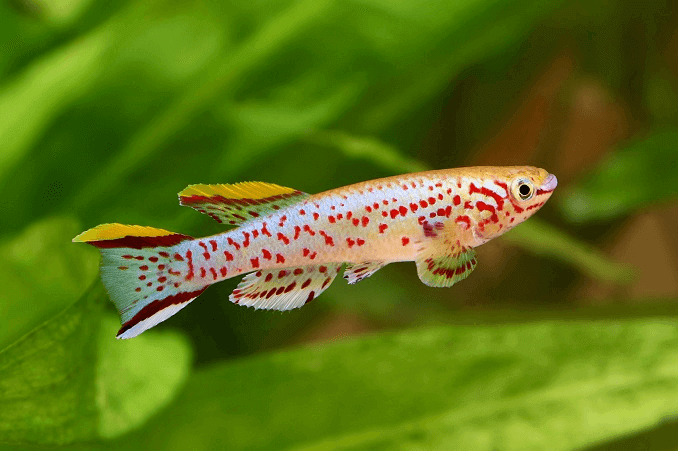 If you are preparing or planning to set up an aquarium in good condition, you have to think first about what kind of fish you are going to introduce, since they depend on the care you have to give it, the conditioning the fish tank has to have, how beautiful it will be, if the species are competing or get along, etc.

There is a great variety of freshwater fish in the world that we can choose when building our fish tank. As I said before, depending on the size of the fish, the equipment available in the fish tank, and some other factors, some fish will adapt better than others to such situations. Do you want to know what kind of fish are best suited to fishbowls?

There is many freshwater fish that cannot live in too small aquariums, as they need a larger space to live. They may not need it, as you feed them and they don’t have to protect themselves or defend themselves from any predators, but it is a way of life (a need so to speak) that they have these kinds of fish that make them have to live in a large aquarium.

It is well known that it is almost impossible to classify fish objectively. For tastes, colors. There are people who like the most striking fish, others who want the most elongated fish, etc.there are a great variety of fish that we can place in our aquariums, however, I will try to give you a list of the best freshwater fish according to their conditions, care that we have to provide them with, adaptability and, it will be tried, that for beauty.

The best fish for your aquarium

As I have mentioned before, there are many species of freshwater fish that do not get along well with each other. That’s why you have to keep in mind that even if they appear on the list, I’m going to give you, it doesn’t mean that all of them can live together. We are talking about species of animals that are used to competing for food, territory, etc.so we cannot guarantee the ethical behavior of all the fish among them.

It is crucial that before forming our aquarium with the fish species we prefer, we consult with the pet store vendor first. You probably know which species you may or may not introduce into a single aquarium without causing any problems.

We start with the Killis. These fish can live in many different types of waters, which is why they have high adaptability. They do not have much competition, so they will have no problems adapting to other fish species. Most predators will ignore this species. There are a lot of colors to give a touch of life to your aquarium.

These fish are tiny in size, but they are colorful. They are ideal for the contrast between large fish and small fish. These fish will be able to survive in many types of water as long as there are no sudden changes.

Catfish are ideal for medium or large fish tanks as they will keep it clean. This is because most of the time they spend searching for food remains in the sand at the bottom of the aquarium. Because there is a lot of catfish, you will easily find one of them that can live well in your fish tank.

These fish are similar to catfish in their behavior. They spend the whole day searching for leftovers of food at the bottom of the aquarium. However, being smaller, they require less care and are more for small aquariums. They are highly adaptable so that they can be adapted to any type of water and habitat.

These fish are a little more problematic, but they’re exotic for a fish tank. They are somewhat more inconvenient because they are omnivorous and feed on the ROE of other fish, and even their young. To have these fish coexisting with the others, you have to be careful in a fish tank that there is a pair and cichlids since they can end up conquering the fish tank. You can control the population of these fish with the water temperature as if it is very cold or boiling; the female will not be able to ovulate.

Of course, a fish tank must have tents. These freshwater fish are the most common in the world. You can find shelters in almost any aquarium. Being such a common species, it has managed to develop high resistance to all kinds of environments, making them very versatile.

Another kind of “cleansing “fish. These fish will keep your fish tank quite clean, as they have a unique organ that uses it to adhere to rocks and algae. This, in a fish tank, causes the fish to stick to the walls and keep it more or less clean.

This species of fish has a particular characteristic. To demonstrate their hierarchy against the rest of the fish, they start to “kiss.” They only do this to explain their position; they are not violent, so they will have no trouble living with other species or with members of their species. These fish, if taken care of very well, can grow more than 25 cm, although it requires a lot of effort. Usually, they reach about 10 cm.