Picard And Automatic Doors. Yeah. I Pull It Off. 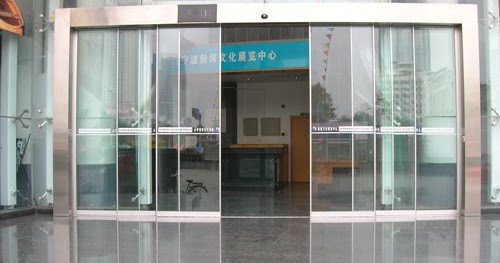 I’m not sure if you remember your first time or not.

You’re standing there, depending on where you’re from, you may or may not have a lot of clothes on, you’re so excited, but you’re scared, because you don’t know what it’s supposed to do. It may be making noises, depending on how old it is, and it was probably over with WAY too fast. And afterwards, you wanted to do it again and again.

I’m talking about the first time through an automatic sliding door. What are YOU thinking? 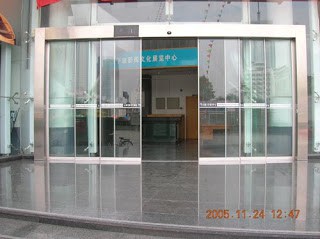 I don’t remember my first time through one, but I know that somehow I’ve been lucky enough to never lose my fascination with them. This may or may not be final proof that my mind is as simple as they come, but I don’t think that’s the case. I guess maybe I just find joy in some of the little things in life. I will say this, it’s pretty much the ONLY thing I look forward to in a trip to that awful hell hole Wal-Mart. Well, that and NACHO CHEESE Doritos. (Ed)

I noticed something the other day that was very interesting though. It’s the way I’ve started to go through these doors. I’ve developed a kind of habit to have fun with them. See, I’ve somehow gotten it in my head that these doors won’t open unless I give them a secret signal. Something so top secret that only I know it. Something so ultra hip and cool that it will never go out of style. Something that screams “I’m in charge now, and it’s all going to be alright. So let me have that puppy and those kittens, put your grandmother in this wheelchair, give me a potato gun and cup of Earl Gray, and stand aside while I push through this Borg infested asteroid belt.”

What I’m talking about my friends, is this: 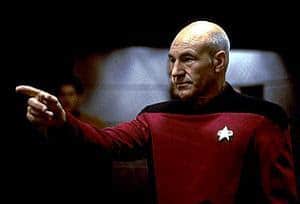 That’s right. When I walk through a sliding door, this is what I do. Almost EVERY time. No matter who is with me, no matter who might be looking. And ya know what? It WORKS!  Almost EVERY TIME! Sometimes the timing is off, and for sure, if the door is not working, it can make you look like an idiot. But I have found that if I time it just right, and they slide open and I walk through purposefully like it was made to accommodate me personally, that there is no greater feeling in the world.

This is how Picard must have felt every time he gave The Flicka and the Enterprise went screaming through the galaxy at warp 9 to answer a distress call because the Cardassians had some poor bastard racked up in some sort of torture device because he violated Section 5 Article 8 of the Neutral Zone by backing his shuttlecraft six inches into it while executing a three point turn on a scouting mission. I’m just sayin.

Give it a try next time. I’m fully authorizing you to steal my move. Hell, I stole it from Star Trek.

[As an aside, another thing I’ve picked up from that show is that every time I see a bunch of bright lights, I always look into them and say… THERE… ARE…. FOUR… LIGHTS! Yeah… Here’s a video on it. Greatest Star Trek moment of all time.]