Why I Hate Camping. 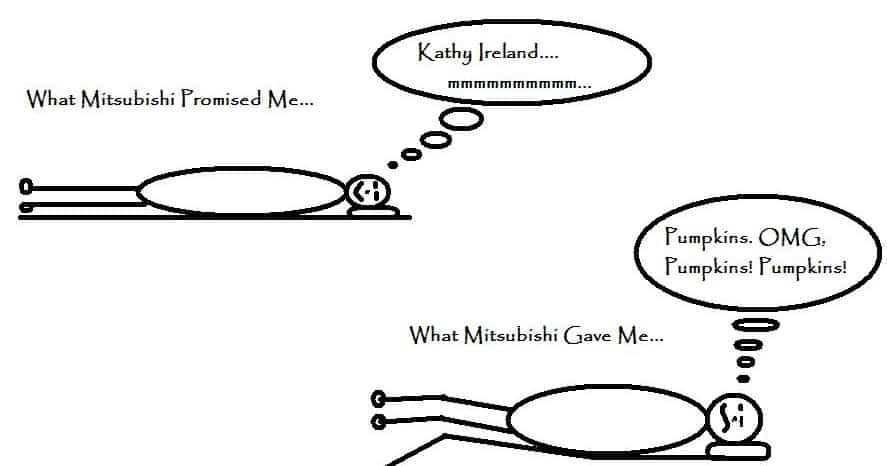 This story is going to have many stories in it, and I’m running on some pretty bad sleep here, and I want to go take a nap. This is not an excuse, it is an explanation.

By the way, if you’re new here, I want to apologize for not burnin down the TMI world yesterday. Normally I do that shiz, but I had the day off, The Missus left town, there was a scrimmage, sushi, and a scary movie with The Funk. I’m very sorry for not posting, and I’m also sorry for not leaving many comments on blogs. I’m still trying to catch up reading them all.

Anywho, I’ve just given you a brief description of my day yesterday.

So we get back from sushi, in which I had just had a “salmon skin” roll, and let me tell you, that doesn’t sit well. I think from here on out, unless it’s a chicken, I’m probably not going to eat skin. Just seems like a bad idea.

“Try something new each time,” I said.

We get back to his place to watch The Office, which I didn’t find particularly funny, and then he tells me he has this “epic” scary movie from Netflix. It’s called Trick ‘r Treat, and it’s supposed to be wicked.

I don’t do scary movies. I had an experience when I was younger, and it ruined me. I scare easy. I’ve been afraid of the dark for most of my life. I may or may not leave the fish tank light on at night as a night light.

Anyway, I decline, on the grounds of being a complete vajay.

Kid Funk calls me a bunch of other names, essentially meaning vajay.

I stayed and watched that damn movie.

I won’t ruin it for you, but my word. Pumpkins. Iffen I ever see another pumpkin, I’m going to stab it. Then eat it, so it can’t kill me.

There was also a scene where some hot ass lady werewolves were about to eat this dude, and they started dancin and gyratin and takin clothes off, and before it all got really weird and not sexy, Kid Funk looks at me and says, “If Twilight had been like this, it would have been a lot better.”

So now I’m faced with a choice.

I can go home, where The Missus is not going to be in bed with me because she’s in Branson.

Or I can go to the campsite with a bunch of people including my mommy mother.

I get to the campsite, and we hang for a minute, then one of the dudes that’s out there has to go get his daughters. Thing is, he’d had a few beers, by no means drunk, just maybe not legal. So I get to drive his wifes new 2009 bad ass Toyota SUV thingy.

I made up my mind before we left that I WOULD NOT be hitting any deer.

We made it safely to his kids, and we stopped back at my house to get me some “camping gear.” This consisted of a king size blanket and two pillows.

On the way back to the campsite. I saw something in my peripheral. It was a deer. This deer ran right for the car. Not my car. The other guys car. The one I was driving. But it wasn’t mine.

Cue brakes screeching and thanking God that Toyota has put good brakes on this bish.

I didn’t even get a thank you.

So we get back to the campsite, and I decide I’m sleeping in my car. You see, the Mitsubishi Outlander has seats that fold flat, according to the manual, so that you may sleep in the vehicle comfortably.

To get on with that story, I need to tell you this story.

When I walk on a car dealership lot, my mind leaves me. Intelligent questions are, how do you say, out like a hymen on prom night. They elude me. This ensures a fight with The Missus, and our eventual screwing. Oddly enough, this leads to NO screwing for weeks.

When we bought our newest car, we both agreed on it instantly. So instantly, we didn’t get into a fight. We did, however, forget to do one tiny thing. You see, we bought it in May. We didn’t need a heater in May.

We need a heater.

Or, rather, we don’t know if our heater works, because the little knob that adjusts the temperature won’t go to the red. It stays on blue. So yeah.

Anycold, The Youngest and I start getting the seats ready for me to sleep in.

I’ve taken the liberty of drawing this up for you: 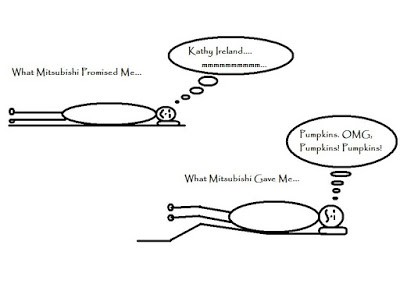 Those seats don’t fold flat at all.

You’ll notice the happily dreaming no armed Travis on top is a very “happy camper.”

Now notice the nightmare riddled Travis with no arms fitfully passing the night with broken knees and in a car that at some point reached a cold enough temperature to make my entire body go numb. I am still looking for certain “parts.”

I don’t know that I’ve ever used the “F” word here on the blog.

I went to bed at 2. I woke up at 5, shaking like a leaf and with a strange pain that I couldn’t really feel running the length of my body. The reason I couldn’t feel it? I WAS FRACKING NUMB.

I got up, did a slide down that graph of the economy when Bush took office that they tried to pass for a flat seat, and I started my car. I was going home.

I can’t see out the windows, because they are all fogged up.

My defroster won’t work, because, well, I explained that.

I wound up wiping the windows down with my king size blanket. Then I got a text. It’s The Youngest.

I made it home, and realized that I hadn’t turned the heater on before I’d left.

I finally got to sleep, and I slept about 3 hours before I woke up. My feet are still kind of numb, but for the most part, I think I’ve reversed the hypothermia. I think I’ve said this before, and I’ll leave you with it again.

Always. ALWAYS go camping within a 10 to 15 mile radius of your house. It makes that 5 AM drive home so much cooler.

In my case, literally.