Just A Few Pictures, And A Contest. 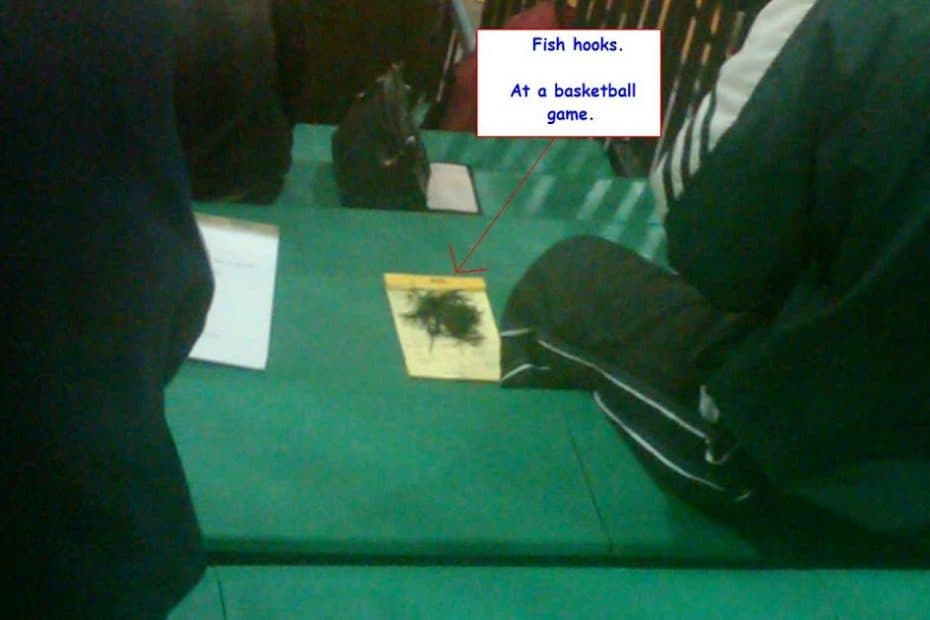 I’ll announce the contest first. I’ve started picking up some new people around this place, and they’re probably all going to leave soon iffen I don’t give something away.

Y’all comment real good though, and that’s the basis of the contest.

I’m going to start taking what I consider to be the five funniest comments each week, placing them in a poll, and letting you guys vote on which ones you think are the funniest. The winner will get a fancy certificate I’m going to make up that will basically say you are the funniest person in exsistance, Dane Cook be damned.

If you win five certificates, I’m going to give you a more tangible award, probably not announced until that happens, and suited to your personal tastes. I guess that’s my way of saying that I will spend money on you. Before you go getting all excited, remember, I got rent and a car payment. And before you go saying, “Well, that’s not bad,” remember that I also have to feed myself.

Anyfat, on to the pictures. 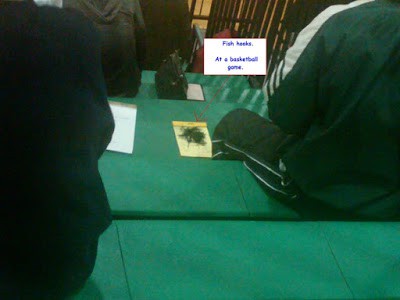 This guy was at a basketball game I went to on Tuesday. He pulled these things out of his POCKET, and started trying to sell them to some guy, and then started trying to tell him how to use them. Yeah, there’s a technique, but geez. Tie your line to it and throw it in the water. You know? It’s not as if it needs to come with a set of instructions. I can only assume that the guy made a sale, because the two rednecks shook hands and parted ways with smiles. 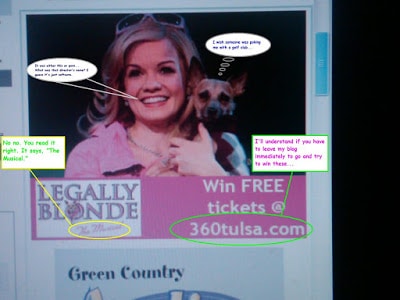 Yeah. Who in THE SWEET BLUE FLYING FUCK asked for this production? I mean, forget TSO or the Mannheim Steamroller or the Nutcracker this holiday season. I’m going to see Legally Blond: The Musical.

Aren’t you? Don’t you want me to try to win you free tickets as well? I mean dang, I think I just found my first prize for the comment contest. Were the movies that good? Did I miss something in them that warranted a Broadway production? I mean, that could be legitimate, because for most of the first one, I had my hand in my pants. And honestly, I thought the whole first movie was actually a sequel to Clueless.

I didn’t catch the second one.

These next few are of me arranging the deer in my brother’s (The Groom) yard. 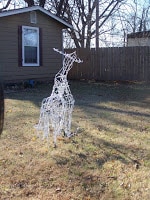 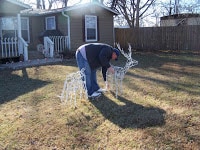 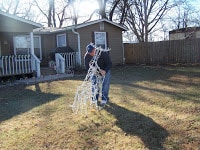 The first one kind of looks like I’m trying to stimulate the poor buck, and the second kind of looks like I’m joining in on the fun. But the end result was quite hilarious, and the only thing I didn’t do was plug the things in and get a video of it. That’s my bad. I dropped the ball on that one. As of right now, (11 PM) I haven’t heard from my brother, which means he must not know I did it. Seeing as he never reads my blog, I may be in the clear.

And these are of the upcoming Christmas parade in my hometown of less than 500 people. You can bet your sweet ass I will be out there covering it, and will give you a full report plus pictures. 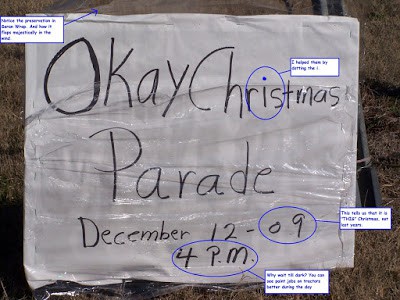 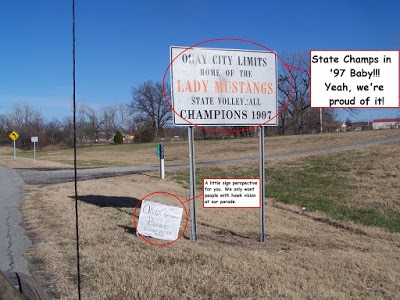 There you have it folks. Hope you enjoyed the pictorial, and for sure, if you have any suggestions on the comment contest, let me know!

I’ll be back tomorrow with Conversation posts, one from Kid Funk, and one from The Missus, and also a picture of me meeting a blog buddy in real life for the first time!