What Would Superman Do? My Short Story. 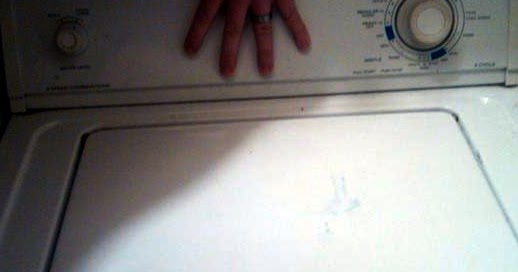 Part I, click here.
Part IIConfusion in Strength
I had no idea it would be like this. The changes that I’m going through are unreal. Today I had my first semi-real meal in 4 days. I just haven’t wanted food much. I’m losing weight, but I feel better. My reflexes keep improving, my muscles are getting stronger, and I am getting faster.
I used to have diabetes. I may still have it. The thing is…I can’t give myself insulin shots anymore. The needle just breaks the second I try to push it into my skin. I’ve been squirting the insulin down the drain so my wife won’t catch on. I don’t feel like my sugar is high, but I can’t test it because the same thing happens when I do a finger prick. I’ve done a lot of things to try to make myself bleed. I’ve used knives, guns, rocks, and anything I think of that would break the skin. I…I put my arm under a train that was moving the other day… After almost derailing it, I decided it was a bad idea.
I crushed my BlackBerry by pushing in on the trackball. I threw it in a creek and told my wife I accidentally dropped it in the water while I was fishing. I’ve had to be a lot more careful with electronics.
Am I done changing?
Some of you may be wondering when my last act of heroism was. It was yesterday, and it wasn’t heroic at all. But it is the only need that I’ve seen. My brother needed help moving, and he had to leave at one point to go get a delivery to the new house. I loaded every thing in the trailer while he was gone, and I did it all within the time it took Caroline Spines’ “Sullivan” to play on my iPod. I carried the washer and dryer out by myself…one in each hand. He has a gun safe full of guns that weighs close to a ton. I picked it up like an empty laundry basket. When he came back, he asked me how I’d done it, and I told him I’d used the dolly.
He knows I’m lying. Maybe it was the light finger impressions on the top of each machine. I tried to be careful, and I had to blame it on the dolly somehow. Lying has become second nature to me. No, I’m not lying, I’m hiding. That’s it, I’m hiding.
His first child was born last week, and she was my first niece as well. When I saw her, my life changed. Something clicked in my brain, but I couldn’t figure it out. A few days later, I held her, and now I know. I am changing so that I can protect her. My job is clear. I don’t know how I am supposed to protect her, but I know that is my job. In the meantime, I am writing her a book. It will be her very own children’s book, and one copy will be published. To date, it is my greatest achievement.
Right now I have to work out a lot to make it look like my weight loss and strength are resulting from that. Every morning I wake up and something is different. Heck, even my sexual nature is changing. I made love to my wife 6 times the other day. That hasn’t happened since our honeymoon. She acted annoyed, but the look on her face told another story. She looks at me differently. Although I try not to show my strength around her, sometimes the reflexes show up. I was getting ice out of the freezer two nights ago, and I dropped a cube on the floor. Only it never made it. I had the cup on the ground in a millisecond, and the ice rattled into the glass. When I looked up, she was watching me… I played it off as luck, but I don’t know how much longer I can hold out.
I am watching very closely for my next ‘mission.’ I don’t know if I should go looking for them, or if they will come to me. I think I am ready though. If I need to go out and find them I will, but I don’t have a lot of money to spend on gas. These changes haven’t come with a pay raise, and I don’t think I should enter any strength competitions. My blood might not show drugs in my system, but it might show something else I don’t want discovered. I like my normal life.
I’ve done some studying on Superman. Born on Krypton, he was sent here by his parents before their planet was destroyed by an evil super computer. He is a hero. He can fly. His power was affected by the sun and something called kryptonite. He shot lasers out of his eyes. His breath was super cold. He worked for a newspaper and dated someone named Lois Lane.
I can’t fly. My strength is here on cloudy days, and I have never seen a piece of glowing green rock. I don’t have lasers, and my breath may be bad when I wake up, but it isn’t cold. I have a blog, but that is the extent of my writing, and my wife is not a reporter with a penchant for getting into trouble.
I know Superman doesn’t exist.
But I do.
And I will be a hero. 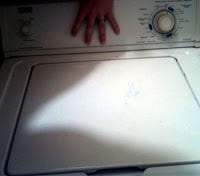 Have you entered my lamp giveaway yet? Click this sentence to do it! You could win…A LAMP!