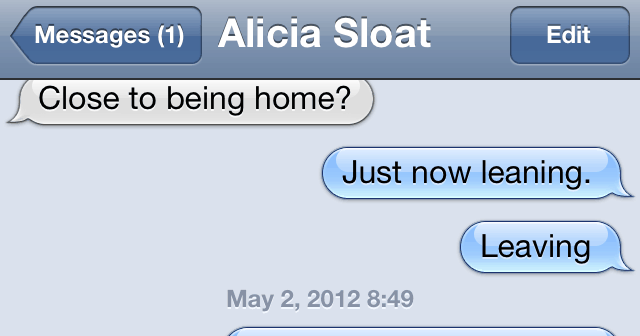 Many of you remember my landmark dieting run that began the year 2010. I was going to go all liquid for thirty days. I lasted approximately twenty eight hours on that “diet.” However, many of you also know that The Missus and I went on to be on the Tyra Bank’s show, and then how I tried out for The Biggest Loser. If you know all that, you know that on the way home from that tryout, I hit an icy patch on a bridge and almost killed The Missus, Kid Funk, and myself.

As a brief aside, KID FUNK GOT KID FUNKIN’ MARRIED! HEYO!

So after realizing that I’d almost killed us all so I could be on a TV show to lose weight, I decided, “Why not just lose the weight on your own?” And so that’s what I did. In about a six month period, I lost 70 pounds, taking my weight from 370 lbs down to 297 lbs. Some of you were around for that, and you can remember how excited I was to be under 300 for the first time in ten years. Then you might also remember how the very next week I went up to 301, went into a tailspin, and then two years later weighed in at 363 lbs. That’s what I weighed on January 1st of 2012.

However, all is not lost. Since January, I’ve lost about thirty pounds, and I’m down to 332. I’m trying, I’m going slower, and hoping that some changes will stick.

But this isn’t a weight loss post, believe it or not. This is a post about me proving I’m not crazy. About knowing that my sanity, though recently marred beyond repair by the addition of the boy and girl child, is still firmly grasping the edges of my mind, clinging precariously, but there nonetheless.

You see, in May of 2010, I started the job where I currently work. As a part of my fitness regimen at the time, I would take a three mile walk/jog on my lunch break most days. The route I chose led me through a small collection of neighborhood streets, just like in any rural community. One day, as I was making my way back to the office after sweating intensely in close to 100 degree temps, I saw something kind of funny.

It was a pig. An enormously fat white pig. And no, I hadn’t jogged past a mirror. Shut it. This pig was in the yard of one of the houses on my route. It was just standing there, by the door of the house, and then the door opened, and the pig was gone, its phantasmal memory left to dance on the gossamer filaments of my heat-stroked brain.

Had I imagined it all? Had I been in the grip of a dehydration delusion? Why would anyone keep a pig in their yard, and then let it in their house? I understand that kind of thing on a farm, and I understand getting a mini-pig as a house pet, but a full grown pig in town? And in your house? I don’t get it, Big Dan.

I’m trying to remember if I told anyone about it. I know I wouldn’t have told anyone but The Missus, and I’m not even sure if I told her. So I sent her a text this morning.

Let’s shift back to 2012. More specifically, let’s go to the first day of May in 2012. Yesterday. Narrowing it down even further, let’s get down to my lunch break. I went for a walk. You know, because I’m trying to look less like a man carrying a past-due child and more like a man who simply smuggles bowling balls for a living.

I am taking it slow, so I’m doing more walking and less jogging. By “less,” I mean “none.” I was nearing the end of my route when I walked by the “Pig House.”

I’d like to take this chance to let you know that in the past couple of years, my distance vision has gotten absolutely abysmal. In fact, I’m now wearing glasses.

So when I looked into the yard of the Pig House, I saw a huge white rock standing by some bushes. A huge white rock that hadn’t been there when I’d walked by thirty seven minutes before. So for at least ten feet, I’m thinking, “How in the world did they get a rock that size out there that fast?”

Then it moved. Then I realized.

This was the pig. This was my white whale.


And so I did what any man who didn’t want to be drug down into the ocean by an allegorical creature representing the demons of his past would do.

I snagged a picture.

So I’m not crazy. This is the final proof. I’ve decided to name him Toby Hick, which makes him a whole lot less scary. Toby is actually pretty fortunate that I wasn’t carrying a spear gun.
Right now, I need ideas on how to lure Toby into the back of a van so I can take him to a meat processing plant home with me. You know. For the kids. Do pigs bite? Do they have any idea how delicious cute they are?

I need your suggestions. I also need a van. And the number to the guy who “cleans” your pigs.