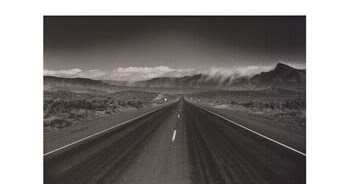 Today is the beginning of a five-part series on my blog called “The Road.” This series will chronicle the events of my life leading up to meeting my wife, the events that transpired after, and how it has led us all to where we are now. The series will end not by my hand, but by my wife’s. Some of this will be very hard for me to write, and as a result, will be hard for you to read. Some of you will think differently of me afterwards, but I ask that you please don’t get halfway through this series and stop. In the end, maybe you will find something here that let’s you know you aren’t alone. The roads we travel are unique, but they intersect often. I have changed almost all the names in this story in order to respect individual privacy. 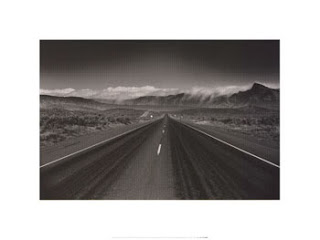 Part One: The Girls Before

“The book of love is long and boring,no one can lift the damn thing.It’s full of charts, and facts and figures,and instructions for dancing. But I, I love it when you read to me. You can read me, anything.”
The Book of Love – Peter Gabriel

It all starts on a blueberry farm.

When I was fourteen, I had the opportunity to go to work at the blueberry farm in my hometown of Okay, Oklahoma. The blueberry farm was the only place around that hired kids that were fourteen, and most parents wanted their kids to get a taste of work around that time. It was also pretty nice earning my own money.

Getting up at five forty-five every morning so I could be out working by six was not a fun way to spend half of my summer vacation, and getting paid two dollars per gallon of berries I picked was outrageous, but I soon met someone who made it worth it.

Her name was Mindy, and she was by far the most interesting girl in the blueberry patch. She was home-schooled, she was five foot one at the most, and weighed maybe eighty pounds. She wasn’t bad looking, either. She went to a church in Muskogee, and she was every bit as knowledgeable as I was in all things spiritual. We had some pretty in-depth conversations out there in that field, and I’m pretty sure I was the most annoying person she’d ever met.

Try as I might, Mindy would not give me her phone number. I asked every day, and every day she turned me down. It took a bit of devious planning on my part, but I had another really good friend working with us that was also home-schooled, and he got her number for me out of some sort of special phone book they had. Victory, it seemed, was mine.

Mindy and I spent the next two years talking on the phone almost every single evening. We never quite got around to “going out,” and somehow that was fine for both of us. We really did enjoy our friendship. We visited each other’s churches, and we even went to Falls Creek together.

During one of my visits to her church, my eyes fell upon a young lady who I became quite enamored with. Her name was Kim, and she soon became the recipient of my nightly phone calls. Not long after that, we began dating. She was the proverbial “first love.” We had a lot of good times together, and I learned a lot while dating her. For instance, I learned that I was a possessive jerk who took delight in trying to control a young lady of sixteen and making her into someone who only existed for my enjoyment.

In between this time of me finding out how badly I could treat someone and trying to figure out God’s plan for my life as far as women were concerned, I acquired a job at our local Walmart. I was a cart pusher, and I was darn good at it too. There had been a couple of weeks where my relationship with Kim had gotten rocky, and Mindy and I had spent a lot of time working through my problems. In fact, Mindy had helped me realize that I was being a possessive, misogynistic jerk, and was trying to give me advice on how to change. In the process, I began to wonder which one of them I should date.

So one night, out in the parking lot of Walmart gathering stainless steel buggies and putting them where they belonged, I asked God for a sign. You see, Mindy drove a Buick Skylark. Kim, a Chevy Corsica.

“God,” I said. “I want to marry the woman that you’ve picked for me. So I’m going to count all the Skylarks and Corsicas I see, and whichever there are more of, that’s who I’ll marry.”

The winner of my love would not have a choice in the matter. It would be, after all, ordained by God.

The Corsicas won out. It was decided. The woman I was to marry would be driving a Chevrolet Corsica.

Kim and I patched things up, but unfortunately I hadn’t learned my lesson. It took her a year and a half to see my abusive ways weren’t going to change, and she was gone. Our last phone call consisted of me telling her that my dad had cancer, and then trying to squeeze information out of her about the new guy she was supposedly dating.

There was a mission trip to Mexico scheduled for that summer. My dad didn’t want me to go. His thought was that he didn’t have much time left, and he wanted to spend that time with me. My argument was that it was just a week, and he wasn’t going to die in a week. I was in denial, and he was taking things too seriously.

On the way down to Mexico, I found out that Kim and this other guy were officially dating, and I didn’t handle it well. I spent a lot of my time dealing with that by playing basketball and asking everyone of our mutual friends if she was really happy with this guy. Everyone said yes, and I don’t think they were lying. They eventually got married. I’ve tried in several different ways to apologize to them both for being such a terrible person then, but I’ve never been able to get the words out right.

On the mission trip, I had an emotional connection with two other young ladies. One was Linda, the other was Tiffany. Tiffany was the tallest young lady on the trip, standing an inch shy of my five feet, eleven inch frame. She was very interesting to talk to, she had the cutest southern Oklahoma accent I’d ever heard, and she was attractive as well. There were two problems however; she lived three hundred and fifty miles away from me, and…she was thirteen. I was seventeen. Once I found out her age, I tried to move on.

One night on the way back to the church we were bunking at, Linda and I held hands. The song Entertaining Angels by the Newsboys was on the radio. To this day, I can recall every word of that song and the moments it shared with our hands clasped together. I was in love. And I remember the moments right after that, when she told me she had a boyfriend back home and just wanted to be close to someone while she was in Mexico. A part of me knew that wasn’t right, and again, I tried to move on.

I survived Mexico. My dad also survived – for another three months. By that time, I had found a “rebound” girl who I was spending a lot of my time with. Her name was Barb, and she was an extremely nice – if not a bit socially awkward – young lady with a permanent blush in her cheeks and a sunny disposition. We had been hooked up by a mutual friend who was tired of me trying to get with her, and finally just found someone else to take her place.

Barb was really a great girl. She hadn’t really dated before me, and she was caught up in the whole new relationship phase, but I was busy trying to deny the fact that my father was not long for this earth. Barb would give me bracelets to wear every time I saw her. I took so much crap for those bracelets. Barb went golfing with me once, she introduced me to Ford Broncos, and her family was astonished that I could eat four things from the menu at Taco Bell. She worked so hard to make our relationship successful, and I think part of that stemmed from what she knew I was going through.

Again, I was an idiot. Barb was the victim of me wanting to know what it was like to break up with someone before they could break up with me. I honestly thought I could dump her, come back a few weeks later, and then pick up where I left off. I just wanted to be in control.

My whole life has been about control.


Barb and I never did get back together. I’m not so vain as to think I scarred her for life, but she was definitely a “fool me once” learner when it came to me. We went our separate ways, and I was finally starting to see some things about myself that couldn’t exist if I wanted to ever have a fulfilling relationship. And yes, I was worried about a fulfilling relationship at the age of seventeen.

And it wasn’t too long before a young lady at work caught my eye. She was cute as a button, friendly, and spent time listening to me tell her how awesome I was when she was giving breaks to the door-greeters.

Oh, and she also drove a dark blue, 1996 Chevrolet Corsica.