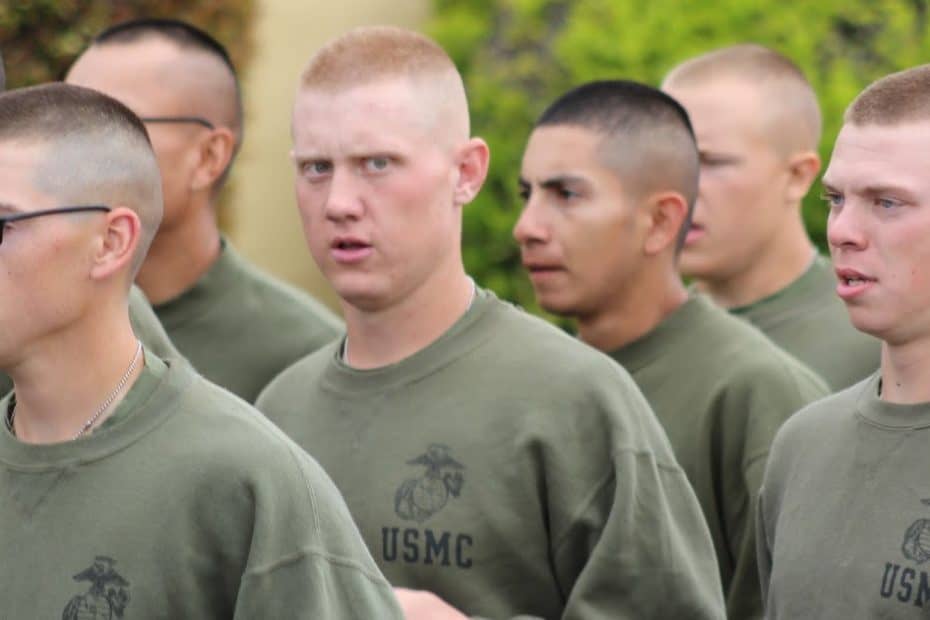 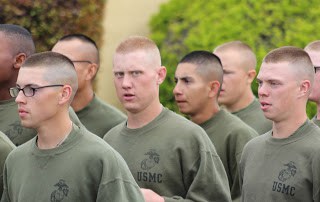 “Then the drill instructor said ‘Be the one. Be the one that looks over to find your family.’ I tried to keep my eyes straight, but I had to see if y’all were there. I looked over and found you, then I was able to focus on the run. Some guys had parents that showed up late, after Family Day was over.”
***
I was nervous. I won’t pretend I wasn’t.
I know I said in the last blog that I wasn’t worried they would take his smile and his laugh, but I was. Deep down, I wondered what had happened, and if they had managed to suffocate my brother and replace him with a finely tuned Marine.
We drove on to the base Thursday morning, were searched, then allowed through to the proceedings. We parked and walked to a clearing where we were instructed on the rules for the day. It was a drill instructor who I guess had the most public speaking experience, and who instructed us not to “walk on his grass or his parade deck.”
I won’t bore you with the minutiae the day consisted of. I’ll skip straight into the good stuff. 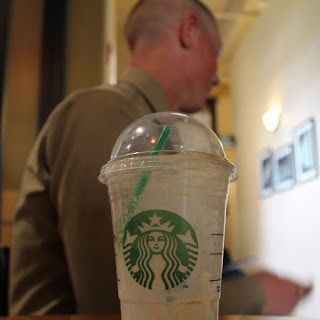 “There’s a Starbucks somewhere on this base. I gotta have some Starbucks. Let’s just walk around until we find it.”
***
The drill instructor yelled his last words to a crowd of surging family members kept at bay by a few stern looking young men in crisply starched uniforms, green belts, and hats like I see on the highway patrol here in Oklahoma.
“Ladies and gentlemen, I give you…YOUR MARINE!”
The crowd broke, and in that moment, I saw what pure, distilled happiness looks like. Moms rushing to hug their sons, fathers holding back tears and waiting to shake the hands of the boys they used to make sit up straight.
It was awe-inspiring. In fact, I held back for a moment, just a moment, to both fully appreciate it and to try and sneak a picture of Josh hugging mom. I felt a bump, and then…
“Will you MOVE. Jesus!”
Cue the record scratching, jaw dropping, and angry stare from me. Some lady had just ruined my moment. And she called me Jesus, and I was clearly not wearing a robe. I guess she could have been uttering a prayer to the Spirit, asking Him to move among those in the crowd, but the look she was giving me makes me think she was the furthest from the Spirit she’d ever get. 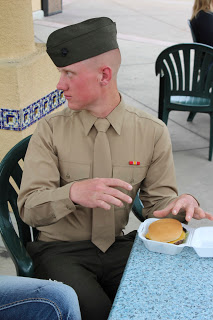 “I’m just looking around to see if everyone is taking their hats off to eat. I don’t want to be the only one who does. Travis, do you see anyone? Are their hats off? I wanna eat this burger.”
***
Finally I broke through the crowd, fighting back tears, watching my mom brush them out of her eyes, and watching Josh hug and kiss his girlfriend. The drill instructor made it very clear that moms were to get their hugs first.
He looked skinny. My brother, never one to be extremely thin, lost a great deal of weight at boot camp. He said it’s only thirteen pounds, but I think it’s more. He looked different. I went to him, unsure of a handshake or a hug.
The he smiled, hugged me, and said, “How you doin’ bro?”
And just like that, I knew my brother was standing there.
We walked all through the base that afternoon. We laughed, we talked, he told us horrifying stories about yellow hand prints on the wall and something called a “peanut butter shot.”
It’s not what you think it is. At all.
I don’t want to go into detail too much because I honestly don’t know if I’ll get him in trouble for disclosing any of his stories.
I must say, I held it together remarkably well. It took about ten minutes, and the whole family was joking with him like usual, not being serious about anything, teasing him about looking over his shoulder every time he thought he saw a drill instructor.
I had two little slip ups. The first was when the drill instructor asked for all the moms to cheer for their sons. Then he said, “Where are all my dads at?”
The second time was in a store on base, and they had some t-shirts hanging up. Every kind of Marine slogan you’ve ever heard. Then one caught my eye.
Marine Dad. He called me ‘sir’ first.”
I excused myself and walked outside for a bit. 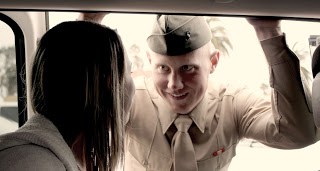 “I better run back in there early. The drill instructor said ‘Be the one. Be the one who is late today.’ They still have me for one more night. I’ll see you guys tomorrow. Be ready to drive. I’m ready to get home.”
***
Five hours passed in the blink of an eye. I watched Josh eat a burger, drink a coffee, turn down numerous attempts to buy him other foods, and hold hands with his girlfriend while talking to other recruits, all nervously looking around and laughing.
My mom made one of the drill instructors stop and take a picture with Josh, which I laughed about for an hour, and I would absolutely post the picture on here if I didn’t think it would get him drawn and quartered when he went back.
I tried to feed a seagull in the parking lot and he stopped me, grabbing the crackers out of my hand and telling me how he would be the one to get in trouble if anyone saw me doing that.
I watched my brother walk away quickly across the parking lot, pants and shirt still as crisply ironed as they were when I first hugged him. He looked like a man on a mission, but he looked familiar. He looked like my brother.
I hollered out to him one last time.
“I thought you said you were going to run, Marine!”
He turned and laughed, turned back around, and for a brief second I thought he would break into a jog. But he didn’t. He kept walking. He kept being my brother. 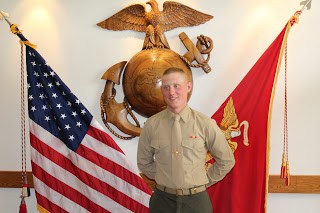