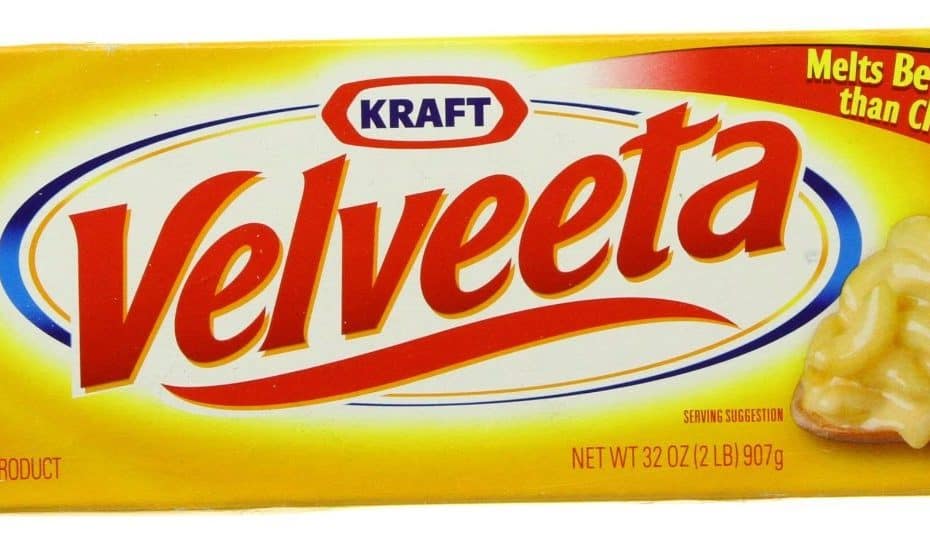 I really kind of gave this one away the other day when I blogged about someone who fascinates me, which is my wife.

So figured I’d talk to you this morning about another relationship I’m in. One that I am very passionate about. One that I think about constantly, catching myself thinking about it at random times during the day, especially closer to 5 p.m.

It’s a give/take relationship, one where I take and the other party gives. And boy do they give. They just keep giving, and giving, and just when I think they can’t give anymore, I find myself again being the recipient of their creamy, gooey love.

The relationship I’m talking about?

That’s right. Velveeta cheese. I love it so much.
I only eat it one way, really, and that’s mixed with Ro-tel and a little bit of milk, then spread over tortilla chips with taco meat of some kind slathered on top like a hat on a gorgeous woman.
I had a Twitter argument once with a gal who insisted I could make a better cheese sauce with flour and butter and cheddar and some chiles. I gave it a shot, knowing in the back of my mind that I was cheating on Velveeta, praying she didn’t find out, and I put that nasty cheese sauce on my chips, took one bite, threw it out, and ran to my kitchen confessing my sins to Velveeta and swearing on my life I’d never cheat on her again.
Look, I know it’s not cheese, per se. I know that if a couple of the molecules were mixed around it would technically be plastic and not a food product. I know that eventually, when diabetes takes my leg, and then my other leg, that I’ll have to put the blame on someone, and that someone will probably be…NEVER VELVEETA.
My relationship with Velveeta started when I was a kid. I can fondly remember “nacho nights” at the Sloat home, wherein my mom (bless her less than three) would melt down the Velveeta, mix in the Ro-tel, and set out a few scraps of lettuce under the guise that it would make the dish “better for you.”
I’ve carried that love until now, and I plan to carry it for the next ten or so years, until my “cheese”-engorged heart beats its sallow, soggy last beat and I’m carried into heaven in a river of unnatural yellow goo on a nacho chip boat whilst taco meat trees shake their fruits gently into the river.
Excuse me guys I just drooled on myself.
Now it’s time for me to tell you about an imposter in this relationship.
An evil succubus doing her best to destroy the relationship between so many and the Yellow Gold.

That’s right, the So-Cheezy.
Like I said in the caption, they make a block-style cheese just like Velveeta, and it is terrible. Just awful stuff, grainy, doesn’t melt the same, an imposter all the way around. Don’t you dare buy So-Cheezy and tell me, “It’s the same stuff.” That’s worse than setting a kiwi in front of me. I might hit you.
There’s only one Yellow Gold. There’s only one Velveeta. And she has my heart.
Love you guys.