One of the great things about having children is marking all the milestone moments you have. All the “firsts.” As a family, the Sloats have had their first Fourth of July, their first birthdays together, their first Halloween, Christmas, and yesterday, their first Easter.

Boom. Roasted.Then…there is the piece de resistance.My son was asked to draw a picture for his class yesterday. It was a picture of his family as he saw them. This is what he came up with. 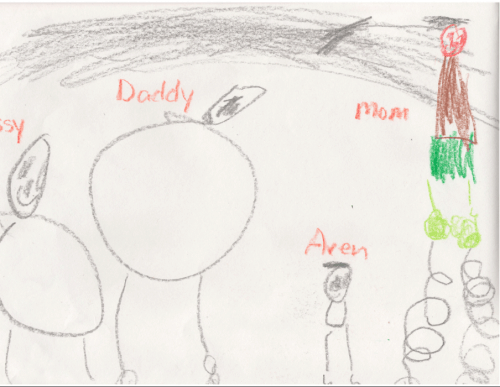