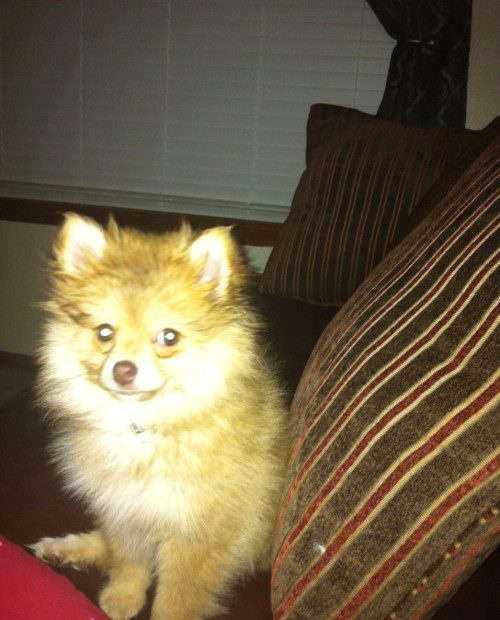 Most of you know me.You know I’m a big guy, jolly, quick to laugh, resilient, and hard to put in a bad mood.For those that know me very well, YOU know that as quick as I am to laugh, I’m almost as quick to cry. That’s right folks, I may or may not have the emotional hardwiring of a pre-pubescent girl about to start her first…well…ahem…THINGY.I am absolutely certain that this will come in handy should I ever pursue my dream job of being a character actor in a soap opera who always has someone close to him die. In the meantime though, it can be quiet inconvenient, as well as terrifying for those who don’t know me and see this big jowly face start to crumble and start leaking.I do know that ladies “love a sensitive guy,” but I’m pretty sure The Missus is tired of the fact that anytime we go and see a romantic movie, I’m the one who needs the tissues instead of her. So I really work on it in public places, such as movie theaters. The other night, we went to see The Vow, we stood in line for 25 minutes, joked with a cop about how stupid teenagers can be, and headed into a theater packed with 15 year old girls checking Facebook every two minutes and hoping to get a look at Channing Tatum’s backside (which they did).As an aside, I’m sick of getting shortchanged on the butt/boobs tradeoff in PG-13 movies. If I have to see all these butts, I should definitely be getting more than a side boob shot in a love-making scene. Call me old-fashioned, but that’s how I feel. Maybe I should email the MPAA.Anyway, we’re in the theater, the hormones are almost tangible, cloying the air like a bad perfume, and the movie gets sad. I did sort of a quick huff, you know what I’m talking about, that little intake of air when you’re trying not to cry. The Missus just stared at me, but I held strong.Now, I’ve told you all of that to tell you this.Meet Fabulous Sloat. 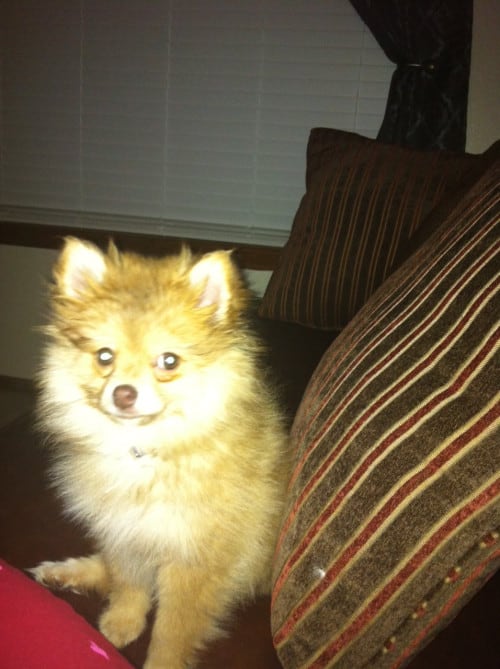 “Excuse me, I think I said no photographs.”Fabulous is my two pound Pomeranian.About three months ago, I looked at my wife and children and made a family decision with absolutely no input from anyone else. I said, “FAMILY!” That’s how I address them, I just yell FAMILY real loud. “FAMILY! We are going to get a dog today.” The kids didn’t know what to do, and The Missus just said, “You aren’t spending any money, we’re broke.” I didn’t really listen to her, because she’s started telling me that at least once every four hours. So we went forth, and we got a dog. I paid fifty bucks for her, which doesn’t bother me too much, but it turns out she’s been a shade more expensive than I anticipated.About a week after we got her, she took a flying kamikaze leap off of my recliner to try and attack the kids as they walked through the door. That resulted in this: 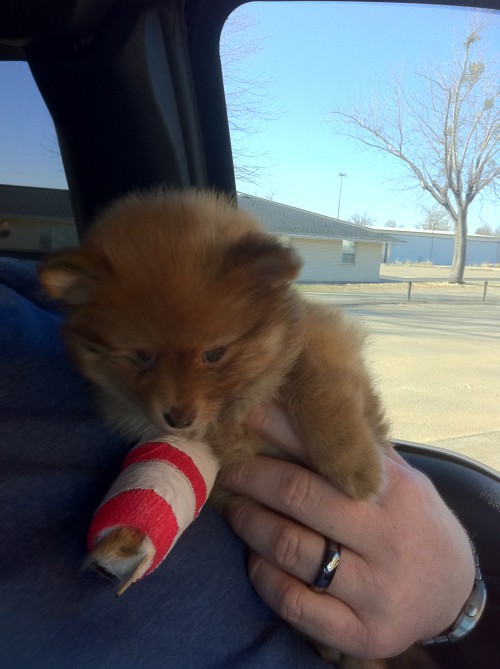 “I don’t need your sympathy. I also don’t need that camera in my face.”That set us back about fifty dollars. But that’s fine, for some reason, I love this dog. No idea why, because I haven’t truly loved a dog since my black lab Lizzie died.Fast forward to Sunday morning, a couple of days ago. Fabulous is walking down the hallway, sits down, and immediately starts yelping like someone is beating her with a bag of oranges. God-awful sounds, and heart wrenching at that. So I immediately called the vet and we start trying to find out what could be wrong. Of course the vet has no idea how to diagnose yelping over the phone, so I have to take her in. On a Sunday. For an emergency visit. Which is not cheap.Again, this little diva of a dog is costing me big.So I fix her up a little basket with a blanket to drive her over there in, and I take her inside the office, and the vet starts looking at her. She starts listing things that could be wrong, the last of which is “a neck injury.”Then…something dumb happened.The vet looks at me solemnly and says the following.

“If she’s ready to go home later this afternoon, we’ll give you a call.”

Go home.GO HOME.GO HOME. So I started crying. Just these huge alligator tears, followed by me trying to talk about how it doesn’t seem that bad, and why her, and how life isn’t fair, and how I love her, and how I really need to go because I’m teaching the old folks at the nursing home in twenty minutes.
And this vet, God love her, she took a step back, and this absolutely horrified look crosses her face, like I’ve just insulted her mother or called her fat.And she says, “Travis, no, no, I mean, go home. Like, you will be able to take her home.”Oh.Well, this has certainly gotten awkward.So I handed over the dog, and as it turns out, she had just broken a tooth. Something worth crying over? Well that depends on who you are. But as for me, my eyes are dry as a stone.And I am hereby declaring that from this day forward, I will strike the phrasing “going home” as a euphemism for death from my vocabulary. It’s got to go, that’s real talk. 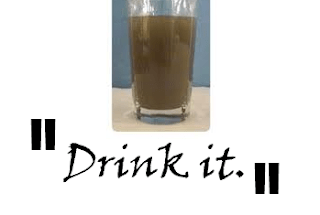 I looked up at my dad, and I remember hating him during that moment. I wanted him to not be there, to not be making me do this. I paused, the glass almost to my lips.

“Travis, drink it or you’re going to get a spanking.”

I was a teenager, and newly so. 13 years old, and at that point I thought I could handle the spanking, thought I was big enough now to not feel the pain as much as I did when I was younger. Then I remembered how bad it hurt, and I put the glass to my lips and tipped it forward, lips sputtering, not actually ingesting any of the liquid inside of it.

I did so quickly and happily.

“Now, do you think Lady likes to drink that water?”

Lady was our dog, a mutt, 13 years old like me, and falling fast to the pains of old age. She didn’t walk that well anymore, and spent most of her time laying down in the shade of a big sycamore tree in our yard. My parents had gotten her for free soon after they had me, and she was as much a part of the family as any of us were. However, since becoming a teenager, I had become negligent in my duties of making sure she had fresh water. When my dad found the water, it had algae and Lord knows what else in it. He’d decided to make my punishment a lesson I wouldn’t soon forget.

I made sure to keep the water dish filled with fresh water from there on out. Lady didn’t live much longer after that, I can distinctly remember the day she died, she laid on the grass, twitching, my dad trying to get her heart beating again, tears flowing from every member of the family, none of us wanting to let her go. Then it was over, she was wrapped in a sheet, and my dad was digging a grave in the back of the yard.

Then, 4 years later, a grave was dug for my dad.

I’d drink a million glasses of that water if I could have both of them back.

Fast forward to present day and the inspiration for this story. The Missus and I have a dog. His name is Poo, and he is a Boston Terrier. You might have heard me mention him before. I don’t like him much, and I don’t think he likes me. Sometimes I tease him, sometimes I’m a little mean to him, and he encourages that by being a sad little emo dog.

Normally The Missus takes care of him. She feeds him, she waters him, and he’s just HER dog. He won’t come near me unless I have food, but if she so much as glances in his direction, he wants to jump in her lap and snuggle and never leave her side. I think that’s another reason why I don’t like him, his obvious disdain of me and my position in the house.

However, a couple of days ago I walked outside and saw a leaf in his water bowl. That’s it, one leaf. Other than that, the water was drinkable by human standards. When I saw that leaf, I could smell that glass of water I stared at 15 years ago. I could see the little chunks of nastiness as they swirled in the glass, and it prompted me to act. I emptied out his dish, rinsed and rubbed it clean, and filled it with fresh water which I then offered him. He just stared at me, never coming within 10 foot of me, warily watching as I set the bowl down. He probably thought I was poisoning him.

It’s funny how some lessons we learn stay with us through our lives. I may not have the warmest heart towards animals, but one thing is for certain, they’ll always have fresh water at our house.