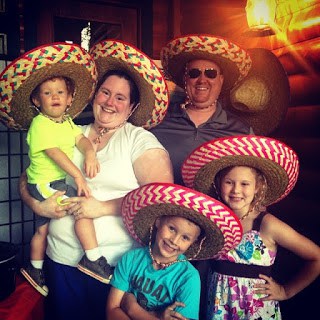 Probably don’t have any new readers here, and after checking stats it would appear that no one is reading these anyway, so here goes.

I’m doing a writing challenge where I write on thirty prompts in thirty days. Today is day four, and I’m supposed to list ten interesting facts about myself.

Much like day one, I can’t think of any real order to put these in, and as such, they’ll be in no particular order.

1. My wife and I have adopted three children — To this day, I have people look at Drake, our youngest, and say, “There is no way you can deny that one!” My wife and I just laugh, and my standard response is, “Well, I wasn’t in that part of the state at the time,” which is good and confusing, which is ideally what you want, calling into question the lineage of your children.

2. I am from a town called Okay — Seriously, that’s where I’m from, and it’s where I teach. Every now and again, you’ll see one of our school buses pop up on an Internet funny picture site, and they’ll say something like, “It’s not the best school, but it’s an Okay school.” I love my hometown, and I love it’s interesting name. Side note: the name it held before Okay was Rex.

3. I have been inside the White House and have taken a selfie with President Obama — I’m sure if you looked hard enough, you could find the blog about it, or the newspaper column about it, but the short version is this: My uncle was killed in Vietnam in a very heroic fashion. He was awarded the Purple Heart posthumously, but my grandmother lobbied for him to receive the Medal of Honor, and he was, two years after she died. My family was invited to the White House for the ceremony. 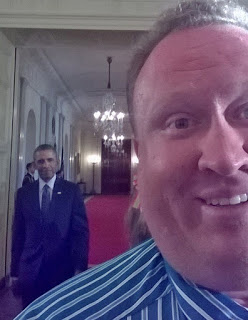 4. I have been on the Tyra Banks Show — Most of you probably know this, but in case you don’t, yeah, my wife and I were on the show. Basically we lied about me being a cheapskate, got an all-expense paid trip to NYC, appeared on the show, got snowed in for an extra night on Tyra’s dime, and pretty much had one of the more fun experiences of our lives.

5. I have a half-finished novel on my computer — I participated in NaNoWriMo a few years ago, got halfway through (25,000 words), then lost my flash drive. I found it two days later, but had already quit in my heart. It’s a sci-fi story where a man falls in love with an alien, but her dad is real angry about her being “trapped” on earth so he launches an interstellar war to get her back. It’s terrible, and no you can’t read it.

6. I hate macaroni and cheese — I do. I hate it. This one came from my wife, and she included, “You’re not an American,” as well. That’s just a lie, but I do hate elbow macaroni in anything, it doesn’t matter how much cheese and butter you put on it. I also hate popcorn, which is something else people can’t get a grasp on.

7. I have a Pomeranian named Fabulous and a rabbit named Big Pimpin’ — We also have another rabbit named Monica, and a Golden Retriever named Rick. I’ve had fish named Fatty, Doc, Brooklyn, and Irwin Linker. I like naming my pets unusual names, and it’s probably a blessing I’ve not had any children of my own, lest they be named MacBethenstein or something.

8. I won a dollar from the very first lottery ticket I ever bought — I was in Kentucky, I saw the machine, fed it a dollar, started scratching, and boom, won a dollar. I danced around and laughed and swore I’d never spend the dollar on anything, I’d keep it forever, and then ten seconds later fed it right back into the machine and lost it. As a gambler, I’m the worst. I’ve also never paid attention to the phrase “quit while you’re ahead.”

9. I own a Desert Eagle .50 Magnum pistol — I’ve named it Liam Beaston, and I love it. I’ve dreamed of owning one for a very long time, and last year I made a little extra money and was able to do it. I was terrified of shooting it the first time because I thought I’d knock myself out, but it went fine, and now I pretty much just like watching other people shoot it.

10. I have a signed photograph hanging in the lobby of OG&E — I have four of them, actually. I took a long-exposure picture of their plant one night, and about two years later, a representative got in touch with me and commissioned me to take more pictures, then, get this, they actually paid me actual money. I was both honored and flattered, and didn’t manage to screw it all up. 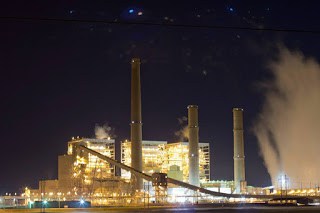 There you have it. Ten interesting things about me. I’ll be back tomorrow with another prompt, and until then, I’m just going to focus on getting people to actually read this things. Love you guys.It’s so quiet here. I think that’s what strikes me the most unusually.

I’m laying in my room, and my roommate has music on in the background, and I’m still blown away by how quiet it is here.

Every once in a while when you’re outside, you hear the thump thump thump of tires on cobblestones as a tiny diesel car rumbles past you going way too fast, and you better move because they aren’t stopping. 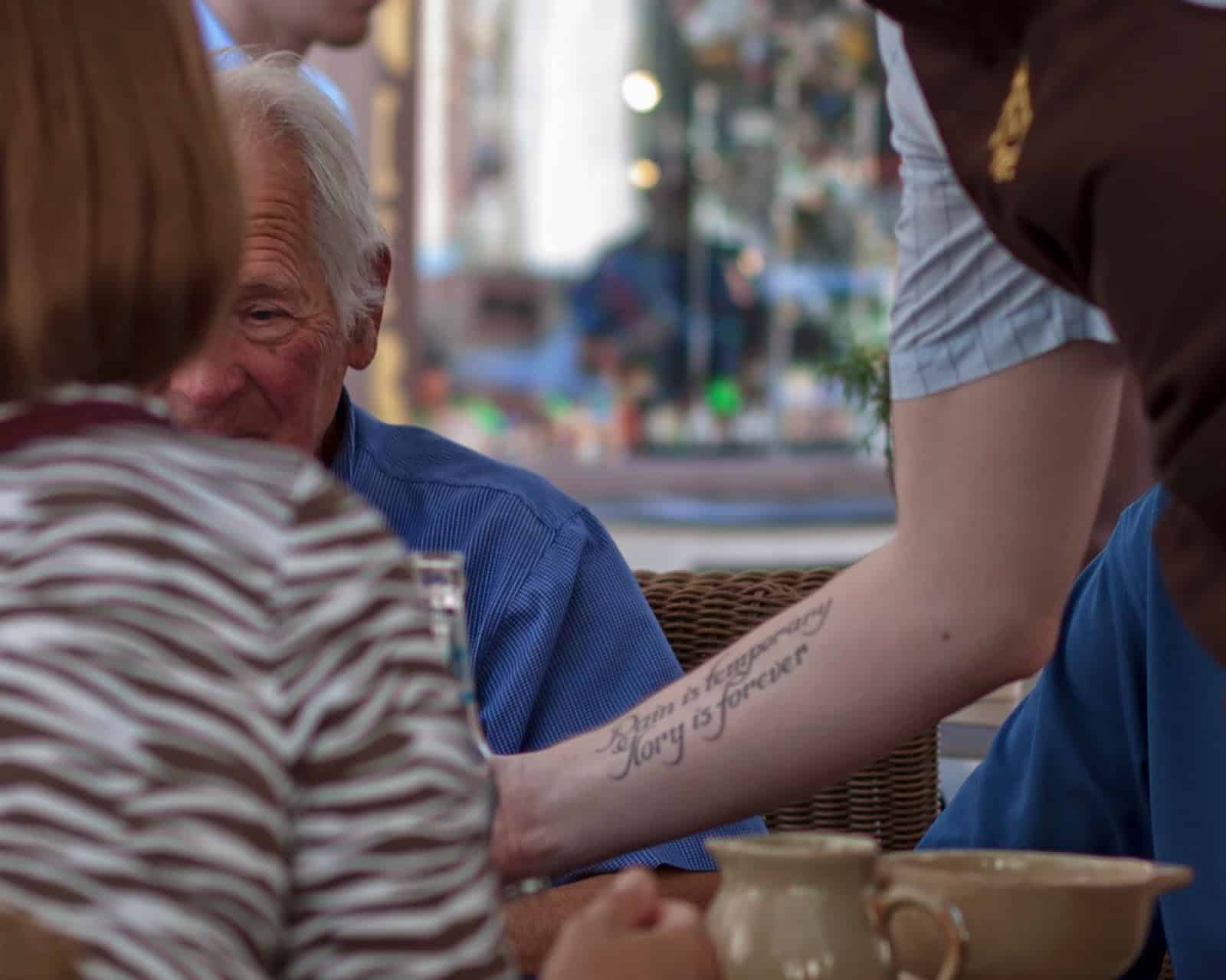 No one yells. Anyone who approaches you on the street speaks quietly, and you do get approached on the street a lot because the restaurants here all seem to be competing for the almighty tourist foot traffic.

Everything here is so old, but not in a terrible way. As I walked the streets this morning with a group of friends, I wondered why America isn’t more like this. Cobblestone streets, bright colors, impressive architecture are the norm in this part of the country. I’m sure there are poverty stricken areas like every where else. 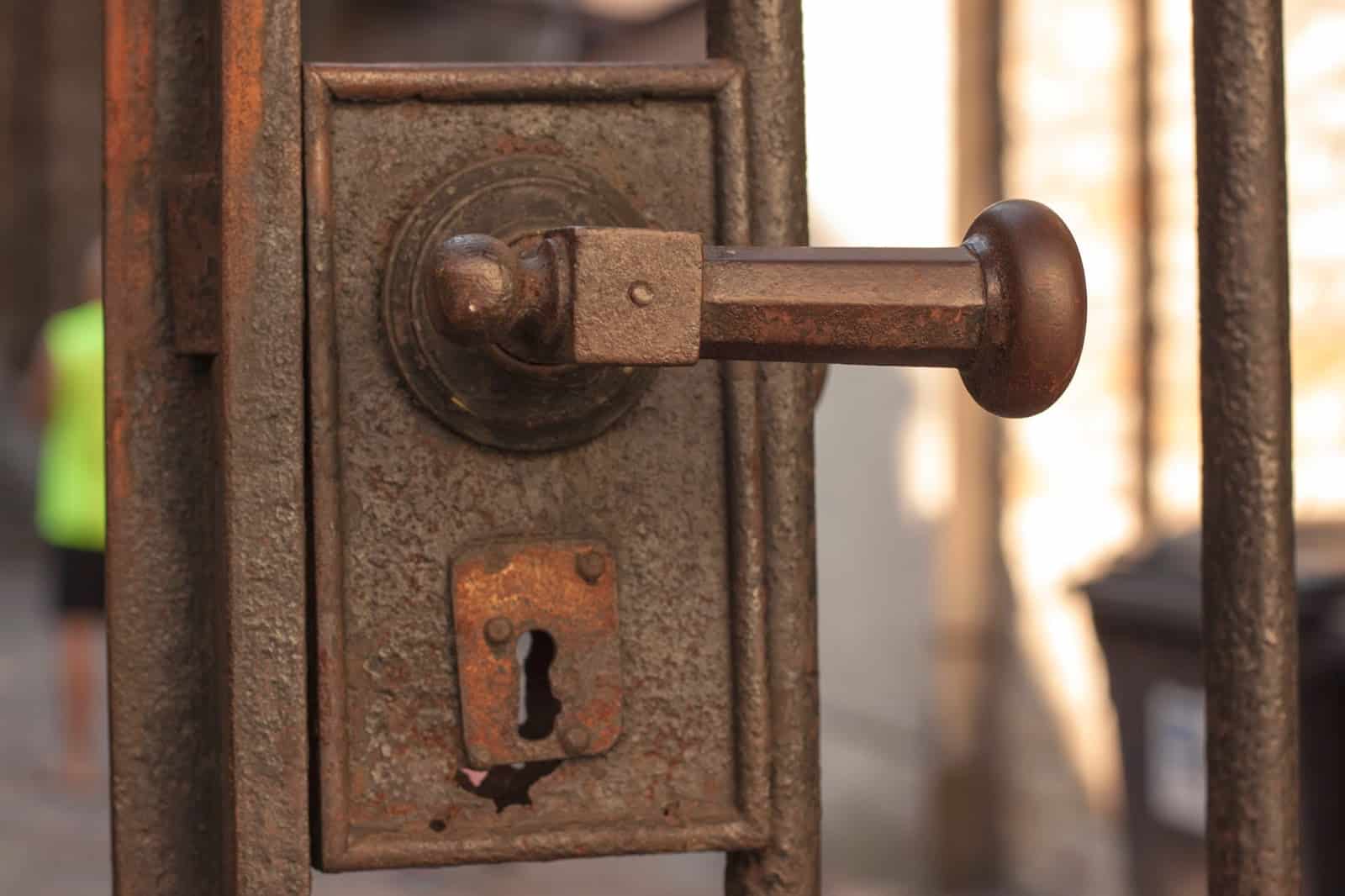 The flight from Finland to Tallinn was one of the most beautiful things I’ve ever experienced. The sun was setting (sort of) as we flew over the Baltic Sea, and it made me so grateful to a God who would place me in that place at that time. 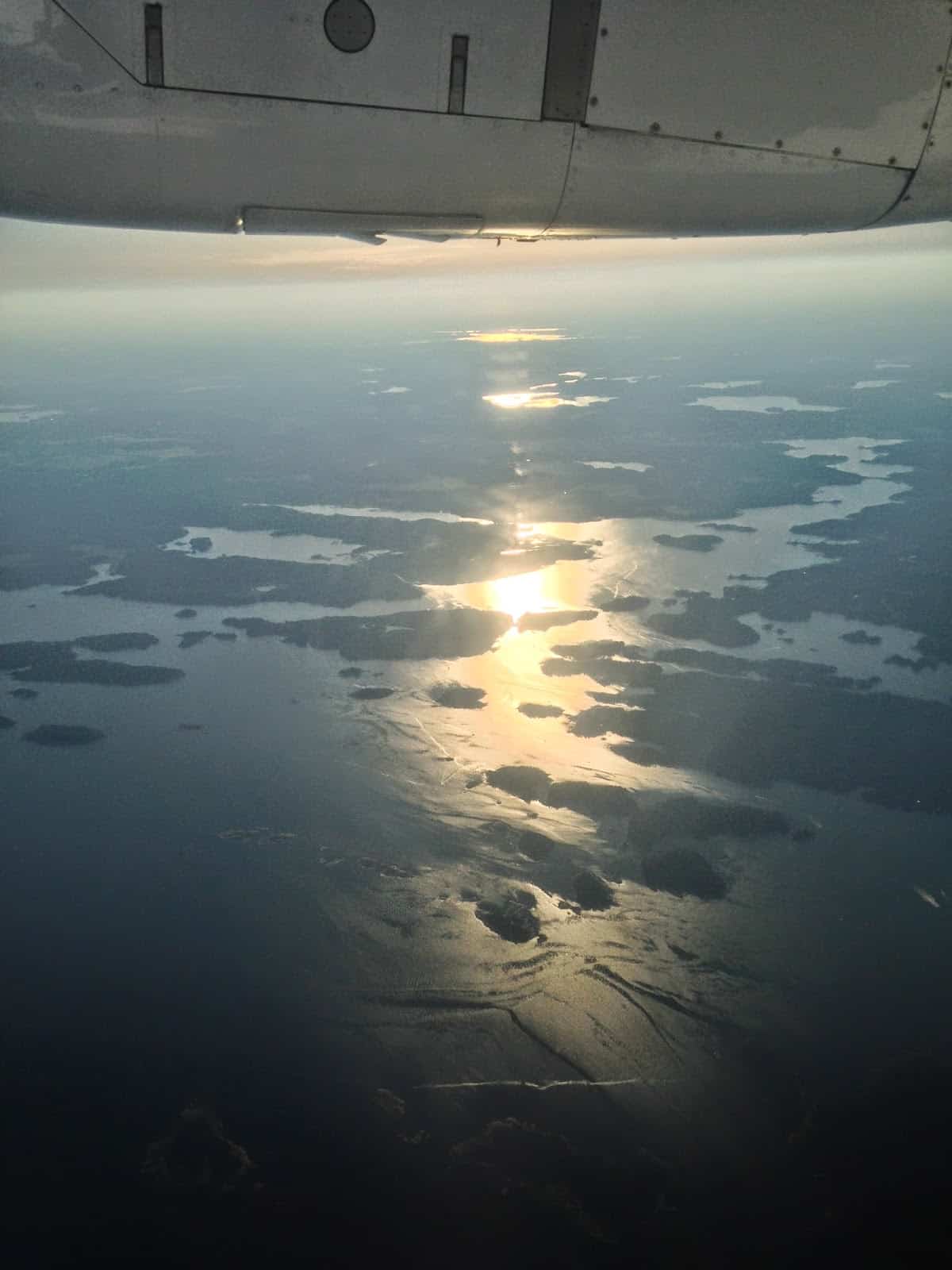 I miss my wife. I don’t miss the kids yet but I’m sure I will. My wife and I have a special way of making fun of people together, and I really miss that here. We can say more with a look than with words, and just crack up laughing.

{During the course of this blog I FaceTimed my wife and youngest son and I started crying when I saw him smile at me so maybe I miss the kids just a tiny bit.}

I’ve spent WAY too much money on food. I just want to try all the new things I can. 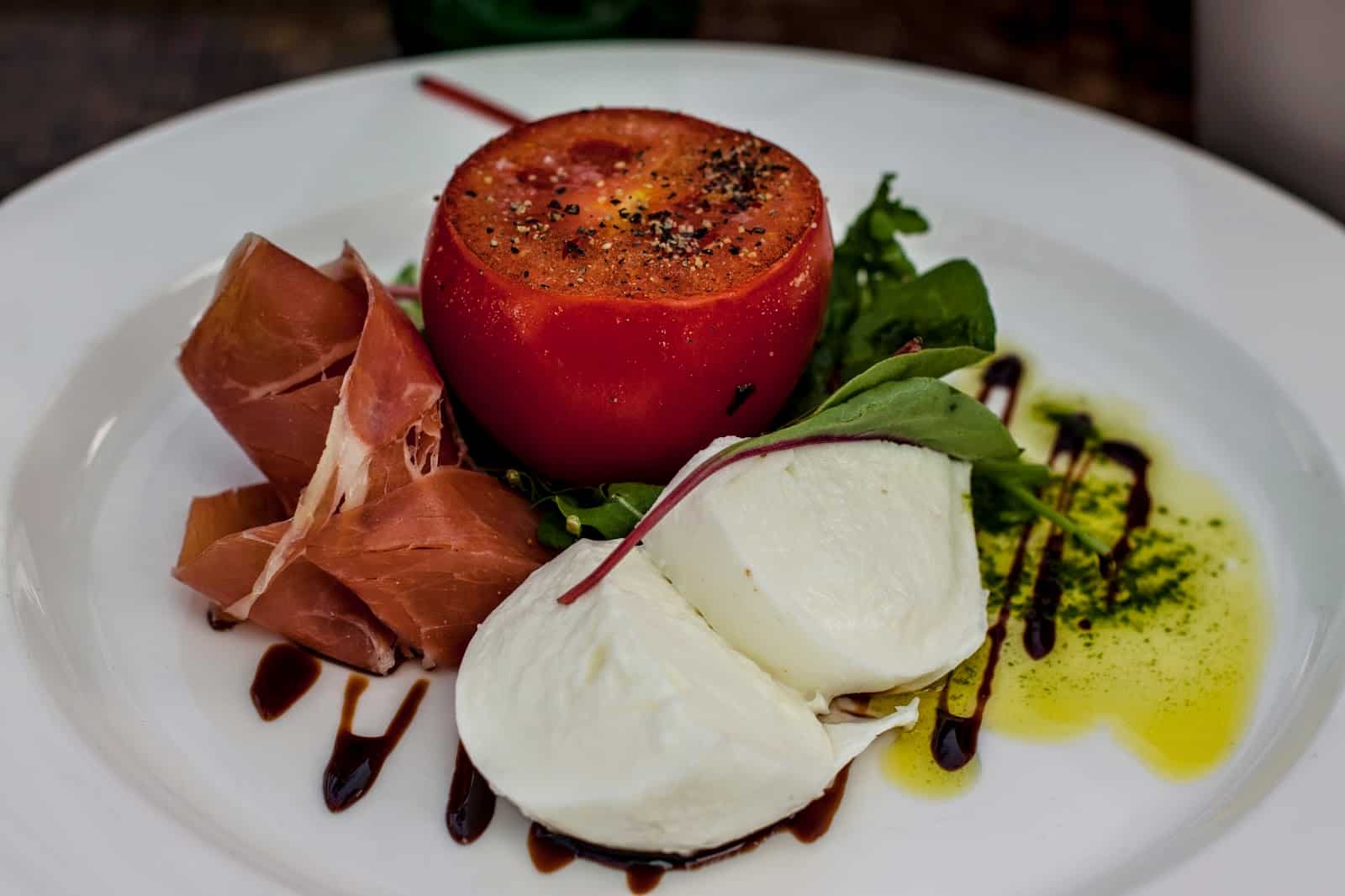 I’ve determined there is one thing I hate more than terrorism and that’s time zones. Time zones are the worst thing in the world, and I don’t really care for your input on it. I’m sure there are perfectly logical reasons in place for them, but they’re awful.

I climbed 258 stairs in a cramped stairwell full of angry Europeans to get to the top of church spire. The Europeans were angry because as I was going up, a lot of them were coming down, and I’ve got to be honest with you, at stair number 35, I was on the struggle bus. So basically every time they passed me, I’d hit them full in the face with a blast of hot air, and I ate a pretty ripe cheddar for breakfast and let’s just be honest, it wasn’t pretty.

My legs are complete jello, and I am wondering how I’m going to do anything at all tomorrow. I wish I could say the view was worth it, but in all honesty I’m petrified of heights and when we got to the  landing, it was fenced in, and the gap between fence and spire was about two feet. I myself am probably three feet wide, which was a terrifying situation. I put more pressure on that guard fence than Congress has put on Obama care.

The hotel we’re in is…interesting.

The room I’m in has exposed brick, cedar planks and some sort of drywall texturing. The bathroom is pretty modern. There is no air conditioning whatsoever, but apparently you can leave your window open all day every day over here and no one steals anything. Since it’s about 75 degrees tops, leaving the window open is the air conditioning. 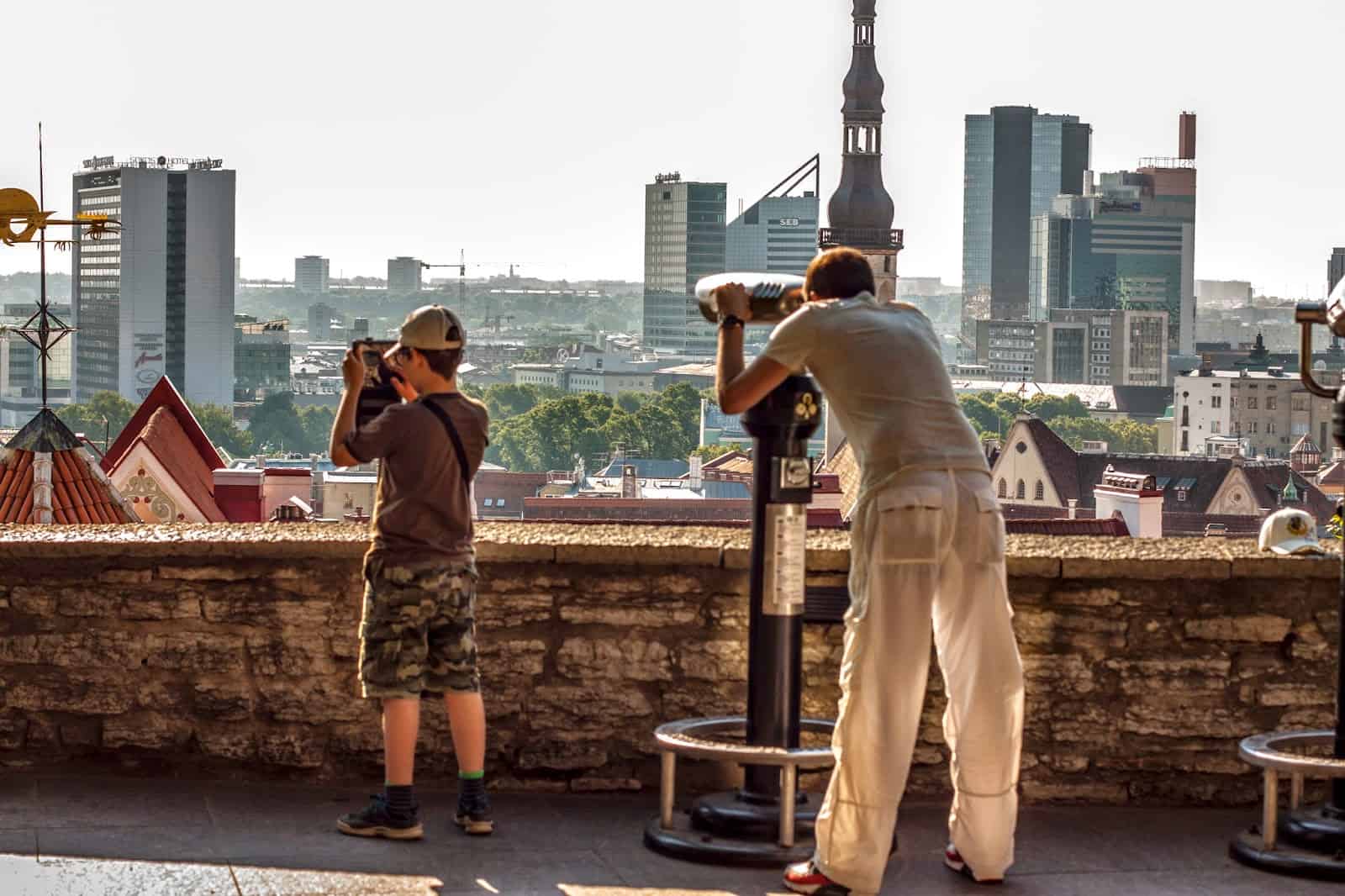 I’m working to focus on the mission in the next couple of days. I’m going to Latvia to spread the gospel. My goal is to use words, but I also want to show them love, an unconditional love that Christ has shown me. This is not a vacation. This is Matthew 28:16-20. This is go ye therefore into all nations.

This is a mission.