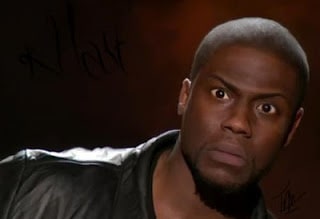 “When you get there,” said The Missus, “and you’re looking at the ocean, it doesn’t matter how bad of a trip you had. You just feel peace. Everything just melts away.”

Reagan chimed in next.

Everyone laughed, but I was the only one who felt a small twinge in my brain, reminding me just how close I’d come to the edges of my sanity after a fourteen hour road trip and a road that wasn’t there…

A long time ago, I had a thing. That thing? It was called “Memoir Monday,” and it was huge. It was my baby, and I let it die when I took a blogging break. I’m not saying my baby has come back to life, but I thought I’d give it a bit of the ol’ CPR and see what happens. I’ll make a new button later. For now, enjoy this memoir, and maybe think of your own, for the time may come where I’m asking for link ups again.


The story really should start with Voxer. I’m sure some of you have heard of this app. Basically, it’s a walkie talkie that enables PTT (push to talk) on your iOS or Android device. You select a friend or group of friends, hit the button, and boom, you’re talking with them.

So when I suggested to the families going with us on our vacation that we should be using walkie talkies to communicate instead of cell phones, this is what was suggested.

Now I’ve been avoiding the Voxer for one very good reason. I hate talking to people on my phone. I hate phone calls. Text me, email me, Facebook me, Twitter me (heh), but DO NOT call me. I simply hate your voice. It’s not just you though, it’s everyone. Call it a quirk, whatever.

So I download Voxer, thinking, “Alright, I’ll get it for the trip, and then delete it, and no one will know.”

I could not have been more wrong. Fifteen seconds after I download it, my phone chirps at me.

Then I get another Vox. Then another. Turns out, eighteen million folks got a notification when I downloaded the app. So, thanks Voxer, I see privacy is really high up on your priority list.

After finally getting everyone to shut up and leave me alone, it was time to head out on vacation.
Fourteen hours and six thousand Voxer beeps later, we get to Florida.
It wasn’t all bad. At one point, we had this idiot from Georgia that thought she’d tuck in with our convoy and use us as cop protection, and we used Voxer to communicate how to get her top speed down to about six miles an hour. That was fun.
It also came in handy for bathroom breaks, pit stops, lunch plans, etc.
But as we drove into Florida, things sort of hit a breaking point for me.
Our GPS told us to take a turn to go get the keys for the condo. This was a turn no one else was making, but it was our GPS, so we trusted it.
We drove about two miles in the COMPLETE WRONG DIRECTION before our GPS said, “Oh, that’s my bad, you’re going the wrong way, make a legal u-turn and let’s go get those keys.”
Meanwhile, my Voxer is making more noise than two cats making the sweet, sweet love under your windowsill on an otherwise completely calm night.
I was occupied with the driving task, so I was ignoring it. Then I was mad because our GPS is dumber than a bag of wet hammers, and so I was ignoring it.
At this point, I still trusted my GPS. I was mad at it, but hey, I get mad at The Missus, and I still trust her, right?
So when our GPS told us to take a turn to get on the turnpike, I did it without asking any questions whatsoever. I was slightly pissed about spending five bucks to cross a friggin’ bridge, but I was ready to get to our destination.
About that time, the Voxer set a new record for most Voxers in a second. My phone was chirping like a bird with a  squirrel in its nest.
I made a final turn to get on the turnpike…and the road was gone.
There wasn’t a road.
My GPS, God love her, was saying, “Hey man, just go straight. You’re so close. I can feel this road. Just two seconds further, we’re there.”
The road wasn’t there.
The Voxer, at this point, had burned through about sixty-five percent of my battery just with the noises it was making.
Folks, I’m sorry to say, I lost it.

I opened my eyes slowly, I looked at my wife, and I said, “How big is that sidewalk?”
“Travis…you’re going to tear my car up…”
I reached down, grabbed my phone, and turned it off. I pulled slowly back onto the road, and I found the turnpike.
The Missus picked up her phone.
“Umm…hey. Yeah, guys? Travis is really, really mad right now. He has his phone turned off. If y’all need something, can you just call me? That’d be a lot better right now. We’ll be there in a few minutes.”

As I rolled to a stop at the turnpike toll booth, I looked politely up at the gentleman who took my money and asked, “Hey man, how many people do you have a day come through here that are pissed about that road that doesn’t exist?”

I stared at him for a couple more seconds, honestly contemplating how much trouble I’d get in for dragging him from that booth, and beating him mercilessly to the rhythmic beeping of Voxer while screaming, “MAKE A SIGN! MAKE A $#$#*$#&()%$# SIGN!” And then I drove off.

We finally pulled up, an hour later, keys to the condo in hand. I looked at everyone and addressed the situation.
“If y’all will give me till tomorrow without talking about this, I’ll be fine. I just need to calm down and see the ocean.”
Everyone quietly looked at me and nodded their heads.
Then Reagan. Dear, sweet, Reagan…looks at me with a straight face and says,
“Was it the turnpike?”

And it turns out, all of them had done the exact same thing, and all those Voxers were them trying to tell me not to take that road, because it was the road…the road that doesn’t exist.

I still have Voxer on my phone, but I probably won’t talk to you on it unless you have a foreign accent or you’re a celebrity. I keep meaning to delete it, but I’ve never gotten around to it. Seriously though, just text me.

I’m on vacation this week, chillin’ in Destin, Florida.

I am absolutely certain I’ll be inspired to write something, but in case I don’t, we’ll return to our regularly scheduled programming in a week or so.

I’m going to buy a fishing pole and a temporary license, and I’m going to pull something out of the Gulf this week. You have my word on that.
I saw a dolphin right up on the beach this morning. I sincerely hope it was a dolphin.
I am still deathly afraid of seaweed.
The drive down here almost gave me a stroke.
I saw some lizards this morning, just hanging out on our fence. They flashed red throats at me, and I pretty much ran away. I saw that movie. It was called Jurassic Park, and Newman died.
I’m down here with my amazing family, my brother and his amazing family, another amazing family from our Sunday School class, and Jennie.
I plan on shorting the Gulf several hundred shrimp during my time here. Since Brad (The Groom) is with me, they’ve probably gone on the endangered species list.
The last time I was here, I was in the middle of The Mistake. Last night, I kissed The Missus while standing in the ocean, looked at her, and said, “I’ve been waiting five years to do that.” I know, I’m such a romantic.
For some folks, happiness is hard to define. My daughter just walked outside with my niece, and our friend’s kid Hudson. My niece was in the cutest little swimsuit, and my daughter looked at me and said, “Daddy, can we go down to the beach and catch some crabs tonight?” Then Hudson got right in my face, smiled and said, “We’re going to catch some crabs!”
I am so happy.